Cookbooks of the Middle East and the World

Omnivore Books posted a photo in their San Francisco store window this weekend in an attempt to spread the love of not only international cookbooks but also different cultures and the people behind those traditions and cuisines. I borrowed a portion of their photo (above) for this post.

I’ve been a fan (hoarder) of all things international – not only cookbooks but tools to make various breads and dumplings from around the world. I want to learn about the people and countries that make this world so beautifully diverse. Read any of the books shown above and others that I will mention today and you will find that the world is full of people just like us – people who work hard tending crops and livestock to grow food to nuture their families and others. Mothers and fathers who gather their children around a table after a long day of struggles to connect and find joy. Food brings the world around the table and is a way show love of family and friends and humanity to strangers and those in need.

One of my favorite quotes credited to Haji Ali is this: “The first time you share tea with a Balti, you are a stranger. The second time you take tea, you are an honored guest. The third time you share a cup of tea, you become family, and for our family, we are prepared to do anything, even die.”

Now for a look at some of the titles that will bring different regions of the world into our kitchens and, more importantly, into our hearts. 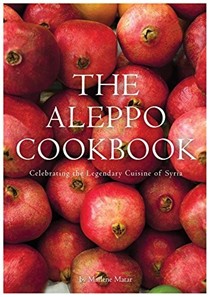 The Aleppo Cookbook: Celebrating the Legendary Cuisine of Syria by Marlene Matar is written by one of the Arab world’s most renowned chefs. I’ve had the privilege of interviewing Marlene and will be sharing that piece soon with EYB members. She is fascinating. This book is one of my top picks for best of 2016 and unlocks the secrets to Middle Eastern cuisine with practical guidance on cooking techniques as well as step-by step explanations of over 200 irresistible recipes, such as Chili and Garlic Kebab, Syrian Fishcakes, Lamb Stuffed Eggplants, Semolina and Butter Pudding, and the queen of the mezze table, Red Pepper and Walnut Spread – the latter dish the author recommends as the first recipe one should try when new to this cuisine. 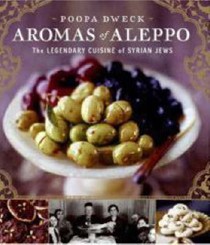 Aromas of Aleppo: The Legendary Cuisine of Syrian Jews by Poopa Dweck and Michael J. Cohen is a book that Marlene Matar recommends for it’s beautiful design and content. In this book, cooks will discover the best of the author’s recipes, which gracefully combine Mediterranean and Levantine influences, and range from small delights (or maza) to daily meals and regal holiday feasts-such as the twelve-course Passover seder. One of my best friends sent this book to me for the holidays and it is next on my nightstand to read. It is a beautiful book. 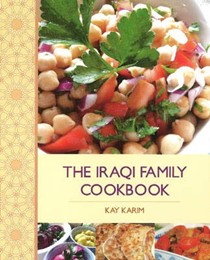 Iraqi Family Cookbook by Kay Karim and The Iraqi Cookbook by Lamees Ibrahim are two books that Omnivore’s photograph lead me to. I’ve read that the first title has wonderful recipes and that an earlier version of this cookbook won a World Gourmand Cookbook Award in 2007. This new edition has been completely edited and revised, and includes more than 150 easy-to-follow recipes; detailed introduction to Iraq’s history, culture, and cuisine; a guide to spices and ingredients; fascinating notes and family anecdotes. 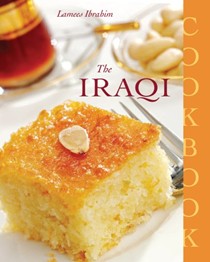 Researching the Iraqi Family Cookbook, lead me to The Iraqi Cookbook  emphasizes only those ingredients available to a Western reader, gives useful tips, and suggests appropriate alternatives where necessary. The detailed, easy-to-follow recipes are adorned with specially commissioned photography throughout, making The Iraqi Cookbook a feast for both the eyes and the diwan. I ordered copies of both of these books as they were off my radar and look forward to telling you more about them when they arrive. 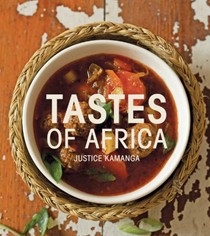 Tastes of Africa by Justice Kamanga is another title I just purchased thanks to Omnivore’s photo. The book explores the tastes and textures of indigenous African cuisine, as well as dishes that have been influenced or introduced by a host of foreign settlers to the continent from Asia, Europe and the Middle East. Simple in the choice of ingredients and easy to prepare, both traditional and fusion African cooking are nevertheless as intriguing in the subtle blends of flavors, colors and tantalizing aromas as the lands from which they come, where they have formed delicious and different staples for hundreds – and in some cases thousands – of years.

Persiana: Recipes from the Middle East & Beyond and Sirocco: Fabulous Flavors from the Middle East both by Sabrina Ghayour are both stunning books and two special titles in my collection. Sirocco, I wrote about in a piece for Tastebook and Persiana is a celebration of the food and flavors from the regions near the Southern and Eastern shores of the Mediterranean Sea, with over 100 recipes for modern and accessible Middle Eastern dishes, including Lamb & Sour Cherry Meatballs; Chicken, Preserved Lemon & Olive Tagine; Blood Orange & Radicchio Salad; Persian Flatbread; and Spiced Carrot, Pistachio & Coconut Cake with Rosewater Cream. I’ve made several recipes from both of these titles and they were totally fantastic. The spiced nuts and the broccoli fritters from Sirocco are incredible.
Previously, I have written about the fantastic work behind these two titles Cook for Syria and Soup for Syria.  There are other amazing titles I highly recommend as well: The Gaza Kitchen, Palestine on a Plate which I covered here, Easy Persian Kitchen, All Under Heaven (Chinese) which I wrote about here, Anatolia (Turkish), Pomegranates & Saffron (Azerbaijani) which I wrote about at The Cookbook Junkies, Food of Oman and Smashing Plates (Greek) will treat your soul and taste buds equally. The list of books I love is long and hope that you will find a treasure in these suggestions for yourself.
Take some time and find out more about these titles and make the world a smaller place.
Category: Book News