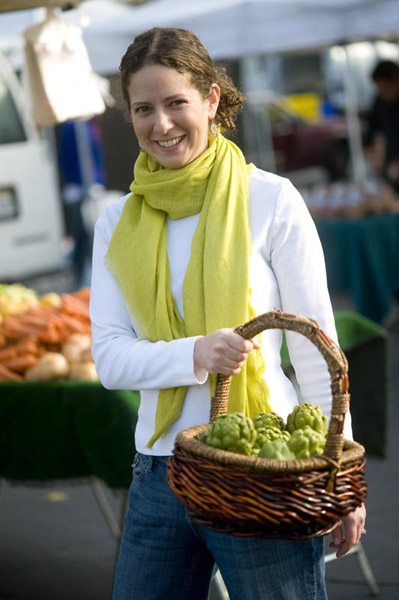 After previously providing insight into the cookbook writing process, Author Cheryl Sternman Rule is back to discuss her new cookbook, Yogurt Culture: How to Make, Bake, Sip, and Chill the World’s Creamiest, Healthiest Food, which hit bookstores yesterday. (Enter our contest for your chance to win a copy.) Cheryl answers many questions about yogurt and how she uses it in cooking.

What do you consider to be the health benefits of yogurt?

Most people are aware that yogurt is a great source of calcium and protein, but it also contains potassium, B-vitamins, and some brands have vitamin D. Yogurt’s live and active cultures represent a class of “good bacteria” with various health benefits. (New research emerges every day on yogurt’s health benefits. One recent study from the Harvard School of Public Health, for example, showed a correlation between yogurt consumption and a reduced risk of Type 2 diabetes.) All that said, I try to inspire people to consume yogurt because it’s so versatile and tastes so good.

How many different types of yogurt do you use in your recipes?

I use regular, unstrained yogurt, strained (Greek) yogurt, and labneh most often. I also have a great goat yogurt cheesecake in the book and occasionally use goat yogurt in smoothies. Plus, I use the whey from straining yogurt in things like pancakes and waffles, and I love eating sheep yogurt when I can get my hands on it. But the recipes in Yogurt Culture overwhelmingly rely on Greek and regular plain yogurt since that’s what’s most accessible. All of the recipes can be made with homemade or commercially-purchased plain yogurt.

For what recipes might people who buy your book be most surprised to find you have used yogurt?

I think a lot of people may not have cooked with yogurt before. So they’ve eaten it chilled and frozen, but they may not be aware of how wonderful it is as the basis for curries.  I’ve got an Indian Chicken Curry with Almond Cream, a Pakistani beef curry called Shahi Korma, and a recipe for Golden Curry with Shrimp and Peas. There’s even a savory pot pie in there with sausage and apple… honestly, that’s just the tip of the iceberg. There are 115 recipes!

The book includes recipes for making yogurt.  Do you use a yogurt maker or regular kitchen equipment?

Right now I use a large enameled cast-iron Dutch oven, which allows me to make a full gallon of yogurt at once, or a heavy stainless steel saucepan for smaller quantities. A thermometer, a whisk, a spoon… you don’t need much more than that. I own a great heating pad, which provides consistent warmth without getting too hot, so I use that for the incubation phase, but it’s optional.

Do you ever use other milks than cow’s for making yogurt e.g. goat’s or sheep’s?

It’s very difficult for me to source sheep milk, so I haven’t made sheep yogurt yet from scratch (though I do enjoy eating it). I’ve made goat yogurt from scratch before (and do offer tips for how to make it), but I’m a big fan of organic cow dairy so with a few specific exceptions, that’s generally my milk of choice.

Did you travel for research to any of the countries that are famous for using yogurt in their cooking?

I had been to Israel a year before this project and had eaten a lot of yogurt and labneh, so I had really specific notes to draw on when I began researching the book. I also got back in touch with one Israeli contact in particular who educated me further about yogurt in that cuisine and provided some recipe inspiration. The big trip I took specifically for research was to Greece in the summer of 2013. I went to three Greek islands, learned from local experts, and ate a huge amount of delicious yogurt in numerous preparations.

Are your children yogurt fans?  What recipes would be good for introducing yogurt to children who may be resistant?

My children are huge yogurt fans. It took them a little while to come around to the food’s sour flavor profile, but now they’re hooked. (My kids are teenagers, so it may have been an easier sell since they’ve got pretty mature palates.) For younger kids, I think switching from pre-sweetened fruity yogurts to plain yogurt you can sweeten at home with fresh fruit, jam, honey, maple syrup, or fruit compotes or purees is a great way to start the exposure. When you don’t stir the sweet component in but layer it on top, kids get the sweet hit they might still crave but they’ll also taste the refreshing tartness of the yogurt, which I think is an important part of broadening their palates to accept new flavors. You’ll also tend to use a lot less sugar this way.

It seems a shame that many people’s experience of yogurt is from sweetened flavored yogurt pots (hopefully your book will help change that).  What other ways do you plan to spread the word about yogurt?

My new website Team Yogurt  is all about sharing traditions among yogurt lovers worldwide. Many people who were raised in countries where yogurt has only been served in sweet ways may be unaware that the majority of the world values yogurt for its sour or even salty/savory qualities. Shedding light on yogurt recipes from these other cuisines will expand everyone’s perceptions of yogurt, whether you’re here in the U.S. or elsewhere in the world. We all have plenty to learn from one another!