Mark your calendars for ‘Bourdain Day’ on June 25

June 8 is the anniversary of Anthony Bourdain’s tragic death, an event that shook the culinary world to its core. Chefs José Andrés and Eric Ripert, both close friends of Bourdain, do not want that date to become the one most associated with the late chef. Instead, they are planning a day of remembrance on June 25, which would have been Bourdain’s 63rd birthday. 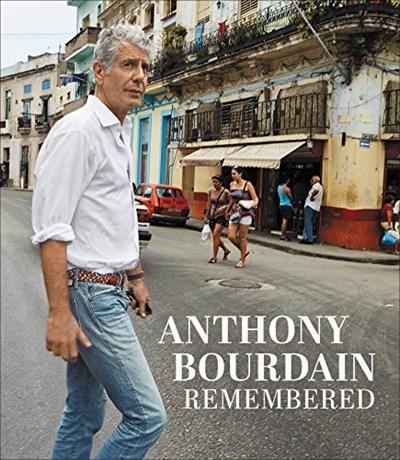 Via Ripert’s Instagram account, the pair announced the event: “IMPORTANT!! JUNE 25th – #BOURDAINDAY. On this day we will celebrate the Life, Legacy & Birthday of our Dear Friend Anthony. Wherever you are & whoever you’re with, on 06/25 join @chefjoseandres & I by taking a moment to post & share your tributes & memories of Anthony using #BourdainDay & wish him Peace, Love and a very Happy Birthday on his journey. Regram / Spread the word! Cheers!”

The video explains what action the chefs want you to take in memory of Bourdain – share a toast in his honor, and share it via social media to keep Bourdain’s memory alive. Both Ripert and Andrés contributed to the recently-released book Anthony Bourdain Remembered.

If you or someone you know is considering suicide, please contact the National Suicide Prevention Lifeline at 1-800-273-TALK (8255), text “help” to the Crisis Text Line at 741-741 or go to suicidepreventionlifeline.org.