The origins of favorite Christmas foods

Although it seems like Christmas food traditions have always existed, that’s far from being the case. While some foods have been associated with the holiday for hundreds of years, often these traditional foods only date back a few decades. How did these traditions begin in the first place? That’s a question answered in an enlightening article from indexed blog Great British Chefs. 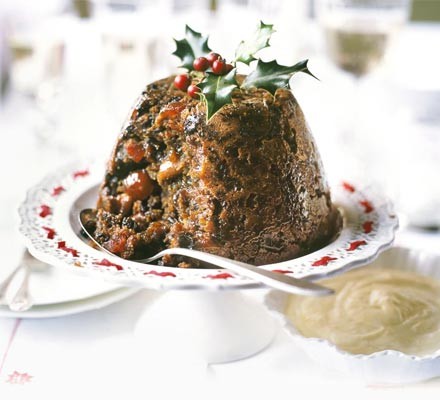 Turkeys are the meat most often consumed at Christmas dinner in the UK. Why turkey and not chicken or beef? Frugality seems to be the answer here. Before turkeys became the go-to bird for the main feast, geese featured as the main course. That’s because while chickens produced eggs year-round and cows produced milk, geese only laid eggs seasonally and were therefore more expendable. Additionally, a goose goes a lot further than a chicken, and it’s impractical to slaughter a cow just for one meal. The switch to turkeys came about in the mid-20th century, as people started buying birds instead of raising them and imported turkeys from the US became widely available.

Christmas pudding is another dish that has undergone a transformation from its origins in the late 16th century. Back then it consisted mainly of beef shin combined with spices, sugar and fruit, boiled in a broth until gelatinous. Fast forward to the mid-19th century and we first see something that resemble today’s pudding, made with flour, fruit, sugar, and spices, with beef suet being the link to the original version.