“There’s rosemary, that’s for remembrance,” says the tortured Ophelia in Act 4, Scene 5 of Shakepeare’s Hamlet. Greek scholars reportedly wore a garland of the herb on their heads to aid their memory during exams, and recent studies have shown that rosemary can indeed boost memory performance. But even if rosemary doesn’t actually help you remember anything, its heady fragrance is enjoyable, and the herb is a culinary workhorse.

Originating in the Mediterranean, Rosemarinus officinalis is a perennial shrub that can grow up to five feet tall. It is a first-rate ornamental perennial,. developing small blue flowers in the late spring. The Latin origin of the plant’s name – ros marinus – directly translates as “sea dew”, and hints at its origins, as rosemary flourishes along the Mediterraean coast. It’s an easy to grow herb, but alas, it is not cold hardy, as those of us living in the north lament. Some varieties of the plant, including ‘Arp’, are somewhat more tolerant of cold, although only to about USDA Hardiness Zone 6. The good news is that it does well as a potted plant, so you can bring it inside for the winter in cold areas. 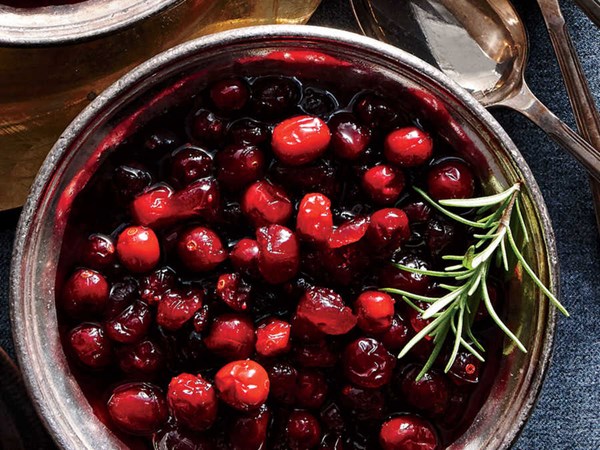 According to The Encyclopedia of Spices and Herbs, the aroma and flavor of rosemary are ‘pungent’, and contain “piney, minty notes and an undertone of camphor or eucalyptus.” Rosemary’s assertive flavor makes it the star of almost any dish in which it is used, whether savory or sweet. It pairs nicely with chicken and pork, and it has long been associated with lamb.

Vegetables such as potatoes, peas, and cabbage, and beans all mesh well with the herb. Breads of any variety, especially focaccia, can benefit from a sprinkling of rosemary in the dough. In the sweet kitchen, rosemary infuses into liquids to form excellent bases for custard and creme brulee, and it pairs well with citrus, apples, and pears. One of my favorite sweet applications is in shortbread cookies.

Rosemary works well with other Mediterranean herbs, and it is part of the French blend herbes de Provence. It can be used fresh or dried, as many of its aromatic compounds remain even after drying. You can also purchase rosemary that has been dried and ground into a powder, although as with other powdered spices, the flavor fades quickly.