M.F.K. Fisher’s ‘Consider the Oyster’ to be republished

It’s been 77 years since M.F.K. Fisher’s second book, a collection of essays titled Consider the Oyster, was published. Now the work is getting a second life, with a second publication that features a foreword by food writer Felicity Cloake. It’s an understatement to say that a lot has happened in the food world since the publication of this book. Is it still relevant in today’s culinary atmosphere? Yes, says Ruby Tandoh, writing for the website Vice. 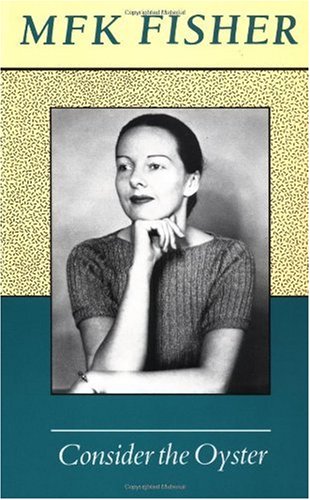 Fisher’s approach to food writing was a stark contrast to those who came before her, says Tandoh. Not only was her tone and style markedly different “from the politeness of generations of gastronomes before her”, Fisher embodied “a kind of food writing in which the presence of food necessarily implies the presence of an eater, and where the story of that eater-their hunger, mouth, tongue, tastes, and body-is placed at the centre of the story.”

Tandoh notes that this “gastronomical me” is at once a signature style and a problem to be overcome, according to some writers like Josh Ozersky. He laments Fisher’s bourgeoisie slant, comparing her writing to “the endless chatter of some lady you sit next to on a bus.” While some of the tendencies embodied by Fisher and her devotees are, fairly, open to criticism, Tandoh feels that there is still much to learn from Fisher’s works. “The gastronomical “me” is no longer a monolith,” she writes, “but an anchor point: a place in time, space, family, and culture from which we might turn our lens outwards to explore issues of hunger as well as comfort, suffering as well as joy.”