Nigel Slater reminisces about ‘How to Eat’

Some cookbooks age much better than others. After a couple of decades, what’s left of the ‘unicorn food’ books are going to littering vintage shops, with shoppers making snide comments about how silly people were back in the teens. Other volumes, however, have timeless appeal. When you are lucky enough to find a copy in the resale store, it will be well-used, with splatters telling the story of successful dinners and satisfied eaters.

Nigella Lawson’s How to Eat is one such book. Can you believe that it’s been 20 years since this magnificent cookbook was released? And who better than Nigel Slater to reminisce about it? He reminds us of how different How to Eat was than almost all of the cookbooks the preceded it, and how it ushered in a new wave of cookery books. 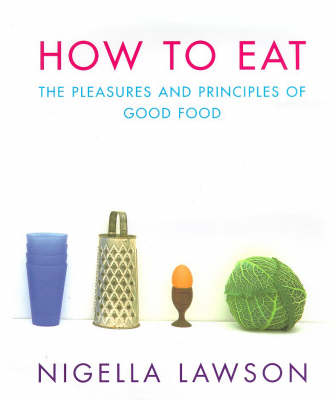 “It says everything that Delia wrote  How to Cook and Nigella  How to Eat. And that’s the difference between this and most other cookbooks. This is about meals rather than recipes,” Slater writes. Nigella makes us feel at home in her books, like we are sharing the kitchen with her. And even though it’s more than just another collection of recipes, the recipes work. How to Eat is as practical as it is inspirational. It’s truly a cookbook for the ages.