Sara Moulton shares her ‘me too’ moment 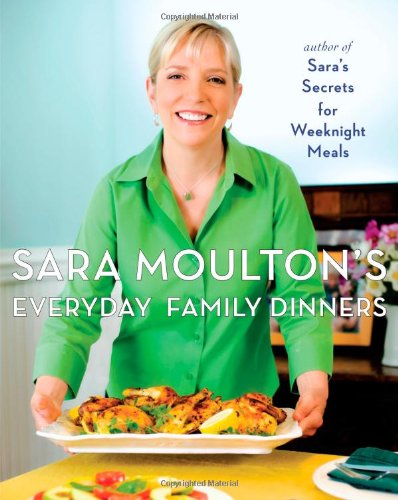 The food industry is going through some soul-searching following accusations of sexual harassment that have come to light in the past few months. These reports have prompted high-profile chefs like John Besh, Mario Batali, and Johnny Iuzzini to step away from their respective organizations. Until now, one person who hasn’t commented on the issue is Sara Moulton. Today she broke her silence, reporting that she, too was subjected to sexual harassment in the workplace.

Moulton entered culinary school in 1975, when the restaurant industry was almost exclusively the province of male chefs. During her stint at Culinary Institute of America, the mostly European instructors and mainly blue-collar male students constantly told Moulton that “women didn’t belong in the kitchen” (meaning, of course, only restaurant kitchens) and that women were too weak to handle the rigors of the job. Nevertheless, she persisted in earning her degree, and ventured out into the restaurant world.

Fast forward a few years, and Moulton landed a job working with Julia Child as a food stylist and recipe tester. It was a dream job, and Moulton eagerly jumped in. Child thought that Moulton could benefit from more training and she arranged for an apprenticeship with famous French chef Maurice Cazalis. Upon learning about the arrangement, Moulton had a sinking feeling. She knew that the old-school French chef wouldn’t respect a woman in the kitchen, and she had no desire to relive the pressure she had experienced in culinary school.

It turns out that Moulton’s instincts were accurate. Cazalis did not allow her to work the line, instead relegating her to prep work for the various stations. But the disrespect didn’t stop there. The chef made several inappropriate suggestions, including saying things like “French men are such great lovers”. Moulton states that when he said this, she “purposefully misunderstood him.” The harassment continued, with Moulton having to dodge his advances during the entire apprenticeship.

At first, Moulton wasn’t sure she wanted to comment about the ongoing revelations and issues plaguing the industry. But after she considered it further, she decided that she was tired of big-name male chefs continuing to run their establishments as “boys clubs”, so she decided to share her story. While Moulton doesn’t have a “neat and tidy happy answer to any of this”, she emphatically stated that “if you’re not part of the solution, you’re part of the problem and everybody has to say no this is  not acceptable. This is not how humans treat other humans.”