Looking back at a Cold War cookbook 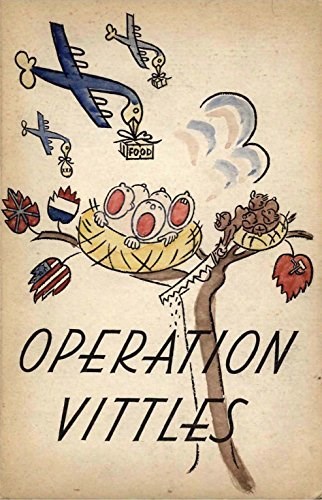 Tensions ran high in Berlin during the summer of 1948. The first crisis of what would become known as the Cold War was happening in the war-torn capital of Germany, as the Soviets had cut off rail and road access to the city, and severely rationed its electricity and water. They hoped to drive away the Westerners who were helping to rebuild the city. Instead of giving up, the Westerners developed a plan to continuously resupply the city – the Berlin Airlift. Wives of American service officers living in the city helped in their own way, by writing a cookbook.

Operation Vittles was filled with mostly modest recipes, although a few more gourmet items were sprinkled through its pages. The goals of the book including raising money for charitable activities and to show the American resolve in staying the course. Operation Vittles was written in an upbeat manner and was sprinkled with illustrations drawn by American children.

Although the book adopted an affectionate tone regarding the German cooks the women encountered, the authors were frequently disparaging of the ability and tastes of Germans. There was little regard for cultural differences or the habits ingrained due to years of strict rationing.

Despite its flaws, the book serves as an indicator of the importance food plays in our daily lives and as testament to the value of hope in trying circumstances. It also shows how humans frequently turn to eating as a way to bridge cultural divides, a lesson that we would do well to remember.