The transformation of corn 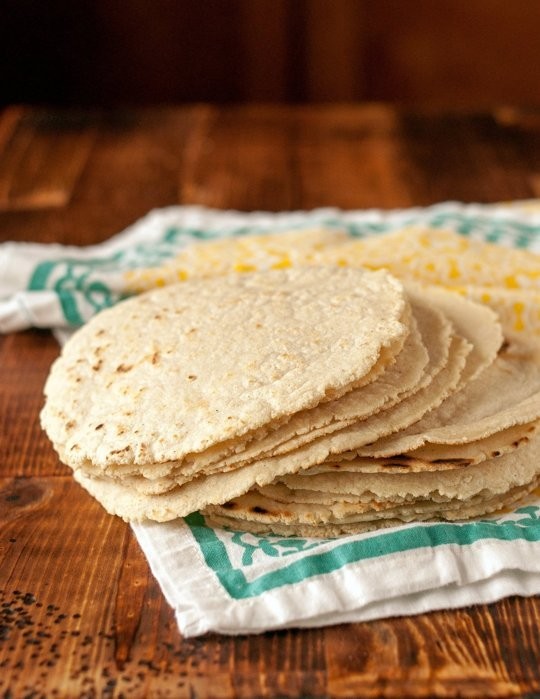 When you eat a corn tortilla – whether it’s wrapped around a filling to make a taco, fried crispy and topped as a tostada, or in any of the other myriad forms it takes – you probably think of it as a simple food. However, the history behind the humble corn tortilla is as fascinating as it is long, and it’s anything but simple, as Cook’s Science explains.

To discover how tortillas came to be, we must travel back in time to about 1500 B.C. During the height of the Mayan empire, a problem developed: there was not enough protein to feed the growing population. Although we don’t know exactly how it happened, the Mayans invented one answer to the protein problem by creating the process of nixtamalization, which makes corn more nutritious. Since corn is not easy to mill, people had to find a way to make the corn easier to eat. Although how they did it is lost to history, the Mayans invented the nixtamlization process and soaked the corn in an alkaline liquid (originally created by using limestone or wood ash), which frees the bound niacin found in the kernels and shifts the balance of proteins to transform the kernels into a nutritionally complete food.

This process not only made the corn more nutritious, it allowed it to be ground and then combined with water to make a soft dough, which could be rolled thin and used as a shell or platform for various fillings. While other food processing techniques have changed considerably since the Industrial Revolution, nixtamalization proceeds in much the same way it did back in the Mayan era.

Tortillas aren’t the only things to make out of nixtamalized corn. At Tortilla Nixtamal in Queens, New York, you’ll find many items that utilize the product. One of these is a posole soup that “floats plump kernels of nixtamalized corn alongside shreds of meat in a rich pork broth.” Tamales also figure into the menu, as does Champurrado, a traditional Mexican Christmas beverage, that resembles hot chocolate thickened with toasted masa.