A tale of two peppers 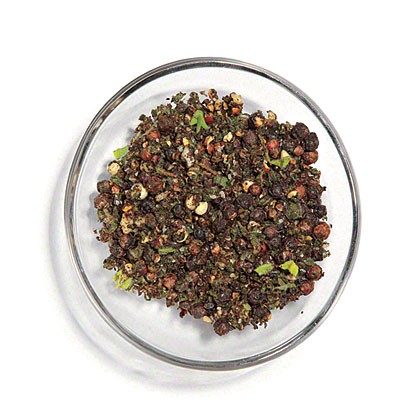 Black pepper is one of the world’s most used spices, especially in Western food cultures including the United States and Europe. But long before this spice was on every cook’s shelf, a different type of pepper – long pepper – was far more popular. Atlas Obscura looks at why black pepper won the battle between these two spices.

Long pepper is touted as being both spicier and more complex than black pepper, so why did it fall out of favor? Says Atlas Obscura, “It’s a story of geography, of supply and demand, and of quantity winning out over quality.” (Did someone say BetaMax?) Long pepper (aka Piper longum) grows in northern India, and reached Europe through the overland spice routes about the same time as Socrates was waxing philosophic in Athens. It looks nothing like today’s familiar peppercorns – it is long, bumpy, and “undeniably phallic” in appearance. It shares a similar active compound to black pepper, however, an alkaloid called piperine.

Black pepper – which grows in southern India – reached the continent through sea trade routes, which were controlled by Rome. Because it was traded in larger quantities than long pepper, it fetched only one-third the price, making it a more attractive option. Tasted side-by-side in a dish that features the spice (like cacio e pepe), long pepper’s understated complexity combined with more floral notes edges out black pepper’s sharper assertiveness, but the differences are not overwhelming.

Although long pepper waned in popularity it never disappeared. It is still commonly used in southeast Asia and Indonesia, and you can find it via mail-order.