Burnt is the new black 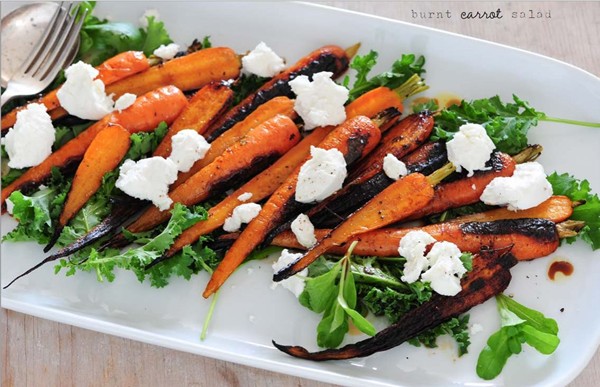 Blackened foods are not new – we’ve been eating blackened fish, steak, and other meats for eons. But chefs are expanding the concept to vegetables, breads, and even desserts. The Washington Post takes a look the trend that is sweeping across the US in restaurants both casual and posh.

Chefs describe the appeal of burnt foods, which ranges from an umami boost to a textural contrast to a way to perk up bland winter vegetables. “Basically what you’re going for is an umami bomb,” says chef Jon Sybert of Tail Up Goat in Washington, DC, who serves a burnt bread sauce as an accompaniment to smoked mushrooms. The restaurant bakes its own bread, and they “burn the hell out of [it].” It is charred twice before being made into a harissa-like paste along with burnt vegetables and water from reconstituted seaweed. It looks about as you would expect, and it’s described as “an acquired taste.”

Restaurants incorporate the burnt trend into desserts as well. At Volt in Frederick, Maryland (the eatery led by former Top Chef star Bryan Voltaggio), chef de cuisine Graeme Ritchie recently introduced the “Charcoal-ate” dessert. One its components “is a burnt caramel chocolate tuile (a thin, crispy cookie) made with glucose and cocoa powder, which helps turn it black. The accompanying ice cream is flavored with burnt Timothy hay (the same kind enjoyed by your pet gerbil) that is torched and then allowed to smolder before cream is added. The hay is steeped to infuse the cream before being strained out.” Says Ritchie, “The element of burn is so subtle,” noting that diners “are kind of freaked out by it at first,” but usually come around after tasting it.

What do you think of the burnt foods trend?