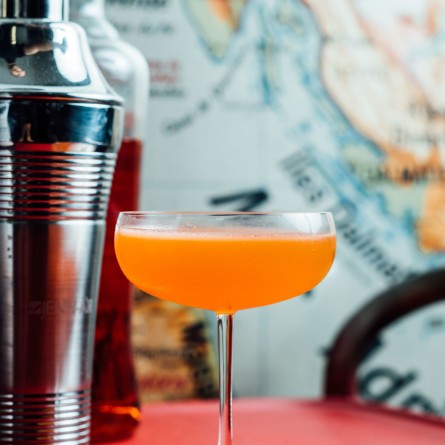 In the past five years, the percentage of beer in total liquor consumption in the U.S. has fallen to less than 50 percent from 56 percent, while the share of hard liquor has risen by seven percentage points over the same period. Business Insider magazine is attributing this change – at least in part – to the television program Mad Men.

A few percentage points might not seem that dramatic, but when you look at liquor production numbers, the difference is staggering. Over the last decade or so, beer production has declined by four percent, but liquor production has jumped by almost 600%. While other trends have played a part in the shift, the article notes that we can’t “overlook the impact of Mad Men on Americans’ drinking preferences. The spike in liquor production largely mirrors the trajectory of the AMC show featuring glamorous, hard-drinking ad men which ran from 2007 to 2015.” The EYB Library reflects the growing appreciation for cocktails, as there are now over 5,600 drink recipes available online, and the number grows daily.

Some people have fretted that we will soon face a spike in drinking related problems due to this change – after all, drinking didn’t do wonders for Don Draper – so far that hasn’t appeared to be happening. The statistics for alcohol-related automotive fatalities have continued to decline throughout the liquor boom. In 2007, “there were 13,041 alcohol-involved automobile fatalities, according to the Department of Transportation. But by 2014, with the liquor boom in full swing, the number of drunk driving deaths fell to 9,967.” So it appears we are enjoying our renewed embrace of cocktails in a responsible manner.