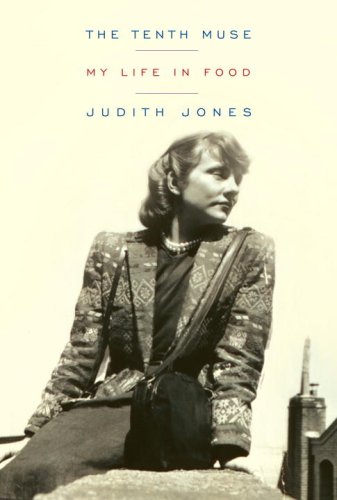 The term ‘living legend’ gets used more often than it should, but in the world of cookbook publishing, Judith Jones deserves the title. She has edited cookbooks from culinary giants like Julia Child and Claudia Roden, as well as other prominent writers. Eater recently sat down with Jones to discuss her storied editing career and more.

Jones never set out to be a cookbook editor. “The idea of working on cookbooks never even occurred to me,” Jones writes in her memoir. But even though she didn’t set out to be a cookbook editor, she ended up introducing the world to many culinary greats like Julia Child, Madhur Jaffrey, Lidia Bastianich, and Claudia Roden.  In 2008 Jones penned a memoir, The Tenth Muse: My Life in Food, which includes stories about these wonderful authors as well as recipes.

When asked about her own views on cooking, Jones replied “To me, cooking is an art form, and like any art form, you first have to learn the fundamentals. And then, once they’re there, once they’re just part of you, and you get up and do a little dance or something, you don’t follow somebody else’s formula. You can take off on your own, and you learn through doing. Then you can let go of some of these strict rules, and make your own rules.”

Jones discusses her excitement about Julia Child’s book, and gives frank opinions on the publishing industry as well. When discussing cookbooks written by chefs, Jones opines: “If a restaurant chef wants to write a cookbook, if he or she wants to do it and is good and really has something to offer, it helps us to learn from them, because they’re very creative people. But the real trouble with anybody’s home cooking comes when they don’t rely on themselves enough, and so it’s not a creative force. The world could be perfectly happy or not happy without them, but we couldn’t be happy without M.F.K. Fisher.”