Eat your way around the world with one cookbook 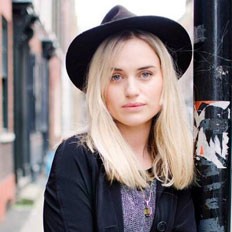 Mina Holland is the editor of Guardian Cook and a food and drink writer. Travelling and living (and eating) abroad inspired her to write about what and why people eat as they do around the globe. You can follow her on Twitter @minaholland. Mina has graciously shared an excerpt from her recent cookbook, The World on a Plate (previously published in the UK as The Edible Atlas. Enter our contest for your chance to win a copy.)


As you leave Madrid on the train, a graying crinoline of the city suburb blends into a vast stretch of farmland on the horizon, where little happens save for the wind grazing the crops. Life is simple across most of Spain’s Meseta (plateau), belying the sense of license you find in Madrid-where the political pulse and hedonistic heartbeat of Spain beat strongest.

Countless writers have evoked the big-skied bleakness of this countryside – stiflingly hot in summer, biting cold in winter – not to mention films like Bigas Luna’s Jamón Jamón, in which a 1990s-washed Penélope Cruz is but a dot on the massive, dry, rolling horizon. The odd wooden bull – giant, painted black – crowns the occasional hill and reminds you of your Spanish whereabouts as the nondescript yellow landscape flashes past.

Central Spanish cuisine is noticeably less varied than elsewhere in the country. Seized from the Moors in 1492, this is a vast area that was governed by a small elite until relatively recently, limiting the scope of different foods available to the majority of people. Meat has traditionally been a luxury. Carnivorous delicacies include cochinillo (suckling pig), game (squab, quail, partridge, rabbit and wild boar, which sometimes congregate in a stew to be eaten alongside local flatbread made with chickpea flour) or baby lamb. Nevertheless, some of the products that most define Spanish flavors, such as pimentón and saffron, have their origins in central Spain. It is also a cuisine in which the lingering influence of the Moors and the Jews is clearly visible.

Though it is the largest city in Spain, Madrid is a small, compact place. The population of its metropolitan area (about 6.5 million) is roughly double that of the city center, which you can walk across in half an hour. In 2009, I lived just north of Fuencarral by Bilbao metro station, which I was virtually able to ignore, preferring to walk down through the bohemian nook of Malasaña to reach the center. My route took me along busy Gran Via, past the sad faces of girls waiting for business on Calle Montera, and the throbbing Plaza del Sol, where people protest and visitors flock. Beyond that: Plaza Santa ana, where street artists woo tourists; the big galleries of huertas; ever-sunny Retiro park and La Latina, where on Sunday the city’s tapas culture comes out in full swing.

Small in size but endowed with a sense of endless possibility (I was frustrated only by an inability to find good hummus and my bra size), Madrid is a special place. Even amidst the din of noisy Spaniards and tourists, of boozy nights and traffic, you can find peace. And although I ended up making my own hummus (no hardship, really), Madrid boasts some of the best food in Spain. There is a huge appetite for Spanish regional cuisines, which is reflected on a Sunday amble down Calle de Cava Baja in La Latina. This little street becomes (unofficially) pedestrianized on a Sunday afternoon, when the tourists and locals alike hop between bars specializing in anything from Canarian to Galician and andalucían to Catalan cuisines.

You might expect that being so far inland would compromise the quality of its seafood. But the capital arguably has the best fish market in all of Spain, Mercado de San Miguel, where old faithfuls like gambas (prawns) and trucha (trout) convene with the more regional specialties like percebes (goose barnacles) and pulpo(octopus) of Galicia.

For all the great food that assembles there, however, Madrid doesn’t have a lot to call its own. Cocido Madrileño is the exception: a slow-cooked stew using chickpeas, potatoes, several types of meat and sausage including chorizo, morcilla (blood sausage), pork leg, beef brisket, jamón serrano and sometimes chicken. The dish is said to have originated with the Spanish Sephardic Jews and bears similarities to adafina, a slow-cooked stew for the Jewish Sabbath.

Jewish influences are everywhere in central and southern Spanish cuisine- from the use of chickpeas and eggplants to generous lashings of garlic and almonds, or honey in desserts. The food native to Madrid is similar to that found out on the Meseta: stews made with pulses and offcuts of meat, bread, Manchego sheep’s cheese and jamón. Dishes from central Spain are guaranteed to please the lover of one-pot dishes: rustic flavors congregate in simple, warming cocidos or soups (as in Portugal, see page 76). If you understand the fundamental base ingredients – pimentón, garlic and salt – then these dishes are easy to replicate at home, or can simply be used as inspiration for meals cooked in a Spanish style.

This almost embarrassingly easy soup, the recipe for which comes from my friend Javi, can be whipped up very quickly as a starter before supper, or makes a good hearty lunch year-round. Use manchego cheese if you want to be authentic, though cheddar also works perfectly well.

SERVES 4 AS STARTER OR 2 AS A MAIN WITH BREAD

1 • Place the zucchini, leek and potato in a large pan and just cover them with water. Be careful not to add too much-2 cups should do it. Bring to a simmer over medium heat and cook for 20-25 minutes, until the potatoes are tender.

2 • Remove from the heat and while the mixture is still hot, add the cheese, butter, milk and a large tablespoon of extra virgin olive oil. Blend to a creamy consistency and season with salt to taste before serving right away.