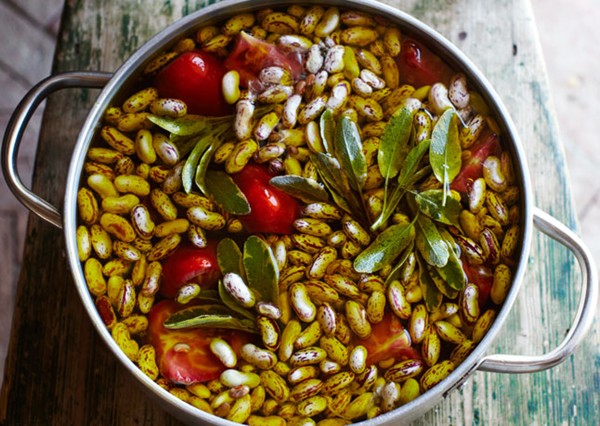 Dried beans are a staple crop for much of the world’s population. Increasingly hot growing conditions over the last several years have negatively affected crop yields in many bean-growing regions, but researchers believe they may have a solution to the problem. New varieties of beans that can withstand hotter temperatures are on their way to farmers around the world.

While you may think this is the result of cutting-edge genetic manipulation, the beans’ development dates back 20 years to a Colombian scientist named Alvaro Mejia-Jimenez. Mejia-Jimenez “was determined to cross-breed two different types of beans that normally are sexually incompatible: the common bean – a species that includes pinto, black and kidney beans – and the tepary bean, a little-known crop traditionally grown by indigenous communities in the American Southwest.”

Mejia-Jimenez combined old-fashioned plant propagation techniques with modern technology. First, he gathered pollen from a tepary bean plant and used it to fertilize a common bean plant. An embryo formed, which in nature would be sterile, but “Mejia-Jimenez stepped in to rescue it. He carefully cut the immature embryo from the plant and placed it in a laboratory dish filled with nutrients, where it grew into a new plant.” After doing this for several generations, he ended up with seeds that contained genetic traits from both types of beans–the heat tolerance of the tepary bean and the bean size and yield of the common bean.

Back then, no one thought this genetic combination had any economic value. Recently, however, plant breeders around the world began to looking for ways to address challenges posed by climate change. Bean plants perform poorly when the nighttime temperature is too high. Researchers estimated thatby mid-century we could lose 50 percent of bean growing areas due to climate change. The beans that Mejia-Jimenez developed could grow in the heat, and scientists found that they could easily transfer the genetic traits from his beans to other common bean plants through cross-pollination.

CIAT (Consultative Group on International Agricultural Research), an international research agency, has “identified 30 specific genetic lines that are able to tolerate night-time temperatures above 72 degrees. This is about seven degrees higher than what’s usually tolerated by commonly grown beans today.” One bean is ready to go now, and more varieties are in the final stages of development.