The Southern pantry is both exotic and familiar 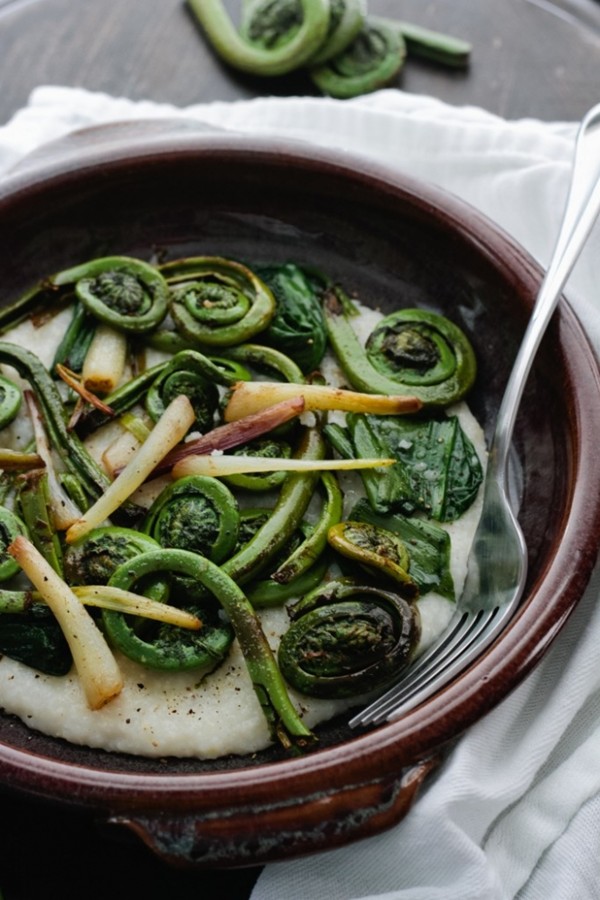 As we reported in the IACP cookbook award announcement, US Southern cooking is riding a wave of popularity, as Heritage by Sean Brock has been nominated for several IACP awards, and three of the four books in the American category feature Southern cooking (Heritage, Down South and The B.T.C. Old-Fashioned Grocery Cookbook).

The Southern pantry includes many unusual ingredients. If you were interested in trying a recipe but hesitated when you encountered items like poke, sorghum, chowchow, and ramps, look no further. We’ve assembled resources to acquaint you with these Southern specialties. First, Tasting Table provides a list of 13 must-haves for the Southern pantry. It includes brief descriptions and mail order sources for ingredients like muscadine wine vinegar, pickled okra, and Carolina gold rice.

Grub Street explores the world of ramps, also called wild leeks. Their arrival is a sure sign of spring in the South, but their pungent flavor is not always appreciated. Another Southern staple is chowchow, which is briefly explained here. If you’re looking for chowchow recipes, be forewarned: there are as many variations for this vinegary vegetable relish as there are barbecue sauces. The EYB Library has several recipes with ingredients ranging from lima beans to green tomatoes.

Sorghum’s unique sweetness is utilized in many Southern dishes. You can learn all about sorghum via HuffPost Taste. The dark syrup, made from a cereal grain that resembles cornstalks, is at home in both savory and sweet recipes. Cookbook author and chef Edward Lee finds that sorghum “adds a lot of depth to what you’re cooking, more so than honey.” Sean Brock, whose cookbook Heritage is nominated for several IACP awards, says “that the flavors of sorghum remind him of home, where every fall the community would get together to harvest the tall plant and boil down the sorghum syrup.”

Poke, aka pokeweed, poke salad, or polk sallit, is perhaps the least understood ingredient in Southern cooking. A weed that emerges very early in the spring, poke can be poisonous if not prepared correctly. Discover the history behind the name and learn more about the plant via The Anniston Star.

If you’re not quite ready for poisonous plants, the Southern pantry features plenty of familiar ingredients too. You can find recipes for greens, beans, meats, and sweets that you can make without a trip to a specialty market or a mail order shopping spree (not that there’s anything wrong with either!). Essential Southern ingredients that you probably already love include bacon, pecans, cornmeal, and sweet potatoes. Now y’all are equipped to try a great Southern recipe.