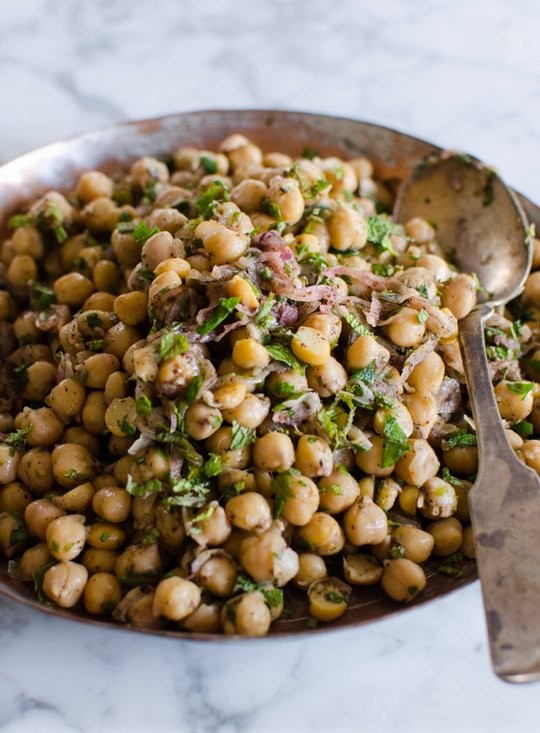 Some ingredients go from obscure to rock star seemingly overnight, and one recent example is sumac. Sumac’s meteoric rise can be attributed in large part to authors emphasizing Middle Eastern flavors like Yotam Ottolenghi and Louisa Shafia, but the spice is now popping up everywhere. Indexed blog The Kitchn tells us why we should have sumac in our spice cabinet, and the reasons seem compelling.

The sumac we eat is not the same plant that can give you a nasty rash, although they are in the same family. The name sumac can be traced back from the Syrian word summaq meaning “red.” The fruits (technically drupes) of the plant are ground to make a reddish powder that has a tart flavor sometimes described as lemony. It adds a tangy touch to many foods, often sprinkled on the top before serving. You can increasingly find it in supermarkets, but if not, you can easily find it online.

Sumac is frequently found in Middle Eastern dishes and is best known as an ingredient in fattoush salad, za’atar spice rub, or as an addition to tabbouleh. Popular recipes using sumac in the EYB Library include:

Sumac-roasted chicken du Monde from Bi-Rite Market’s Eat Good Food
Fattoush salad with chicken, pistachio and pomegranate from  Ripe Recipes: A Fresh Batch
Fennel and feta with pomegranate seeds and sumac from Ottolenghi: The Cookbook
Turmeric chicken with sumac and lime from The New Persian Kitchen
Chickpea salad with red onion, sumac, and lemon from The Kitchn (pictured above)

What’s your favorite use for sumac?