With Mother’s Day fast receding into the rear-view mirror, I thought it would be interesting to look more closely at a phenomenon which seems to be especially noticeable this year:  cookbooks by those whose parents are better-known than they are. 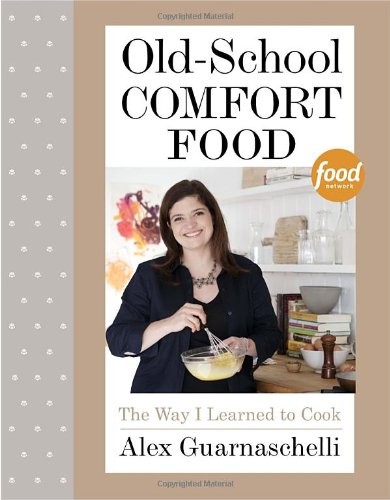 April brought Old-School Comfort Food, by Alex Guarnaschelli – the daughter of Maria Guarnaschelli, the cookbook editor (most famously of the controversial 1997 Joy of Cooking).  Having established herself as an executive chef (restaurants Butter and The Darby) and TV food personality, the younger Guarnaschelli produced a cookbook with none of the flaws of restaurant cookbooks: although the recipes are mostly not new, the book itself is accessible, direct, nicely-produced, and – perhaps unsurprisingly – well-edited. 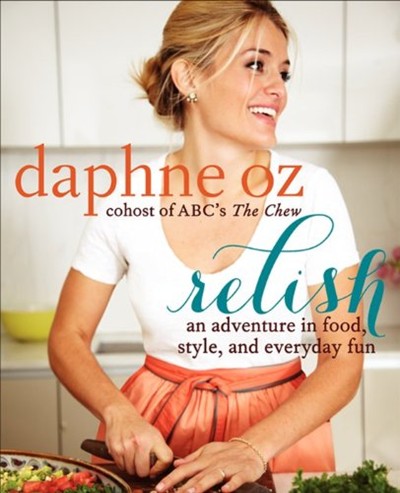 Also last month came Daphne Oz’s Relish: an Adventure in Food, Style, and Everyday Fun.  Oz – the daughter of the famous Dr. Oz – is a cohost of “The Chew” on ABC – is making a bid for lifestyle gurudom.  So her recipes (there aren’t that many of them) focus on easy food – pasta, salads, grains – and are interspersed with tips on applying your mascara, developing a fitness routine, and how to tell a “confidant” from an “acquaintance”.

Perhaps the most striking of all is the just-published Batali Bros. Cookbook, a slender tome the size of a picture book, written by Mario Batali’s Benno (16) and Leo (14).  The latter and greater half of the book are recipes by the big M himself – the abundant, authentic-spirited Italian fare we’re used to seeing from him.  The first half, however, is entirely written by the sons, and the recipes are no more than what most might think their teens up to handling: French toast, scrambled eggs, meatballs, pasta.  They’re written with charm (“Though the best meatballs are in italy, these will come very close.”)- and indeed, that these boys chose to write a cookbook at all is disarming.  But if their father weren’t who he is, it’s hard to imagine the book would have been published.

With the exception of this last case, children of celebrities generally mention their parents as little as possible, clearly hoping to be judged on their own merits, their recipes, their talents.  (A sentiment I can understand.  When I was an academic book editor, I never wanted anyone to think my position came from my dad’s status as an art publisher.  And he never mentioned to anyone that his dad was at one time the premier of China.  In neither case did our fathers have anything to do with launching our careers, other than providing a stable middle-class upbringing.)

Nevertheless, these books provide a fascinating glimpse of how parents’ career choices can affect their kids’- and maybe, possibly, down the line, be eclipsed by them.