Pucker power – how sour flavors have taken over

Sour beer, sour candy, lacto-fermentation: there is no denying that sour flavors are ascending, in homes and restaurants alike. What’s the reason behind this trend? Is it a reflection of our environment or something else? Ligaya Mishan explores the topic in a recent New York Times article. 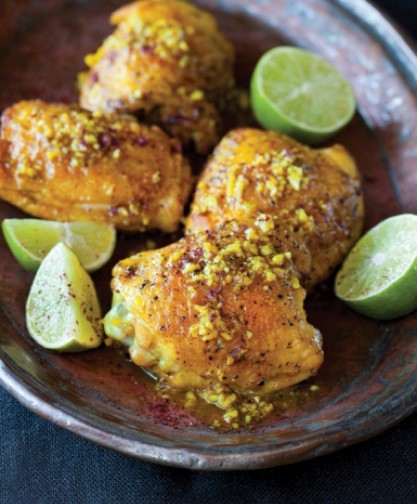 Statistics show that foods like kimchi are showing up on more and more restaurant menus – up 59% in the past five years. Cocktail bars are serving shrubs and switchel, sumac sales are through the roof, and home cooks are exploring sour spices like amchoor and loomi (aka black lime). One explanation for the rise in consumer interest is the “Ottolenghi effect” – one that EYB readers know well.

Why do we like sour foods so much? They appear in every culture and on every continent. There may be an evolutionary advantage in that foods high in vitamin C are frequently sour tasting. Perhaps enjoying sour foods reflects our current state of mind. One study found that participants who ate sour foods were less likely to be agreeable. Sour flavors aren’t always associated with negativity, however. Another study discovered that people “who eat sour fermented foods have less anxiety, more resilience and are likelier to take risks.”