While many “holidays” about food are completely fabricated events to promote a product, some foods are associated with real holidays that have a more noble purpose. This is the case with the Anzac biscuit, made to commemorate Anzac Day. 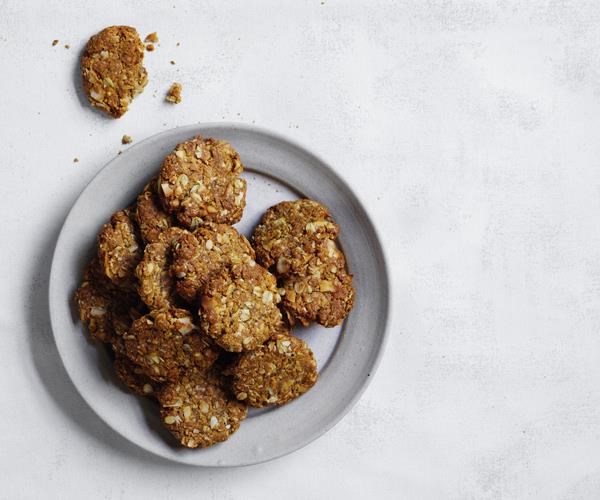 According to EYB member and blogger Pat Churchill of Cooking Down Under, each year on April 25, Australians and New Zealanders mark Anzac Day “when they remember their war dead and the men and women who fought for their country in all wars. Anzac was the name given to the Australian and New Zealand Army Corps soldiers who landed on the Gallipoli Peninsula in Turkey early on the morning of 25 April 1915 during the First World War.”

Wives, girlfriends, and mothers of soldiers were concerned about the food being supplied to the troops, and wanted to make something that would supplement the rations. But there was an obstacle to overcome: any foods had to survive a lengthy sea transport without refrigeration. Turning to an old Scottish biscuit recipe, the women created the Anzac biscuit using rolled oats. Other ingredients included sugar, flour, coconut, butter, golden syrup or treacle, baking soda and water.

In the early days the biscuits were called Soldiers’ Biscuits, but after the landing on Gallipoli, they were renamed Anzac Biscuits. Eggs were not used in the recipe due to an ongoing egg shortage. The golden syrup or treacle acts as the binding agent in the biscuits instead. The traditional Anzac Biscuit is hard and flat – ideal for dunking in tea before eating, although modern spins on the classic recipe offers variations in texture, with softer and more chewy biscuits. Australian Gourmet Traveller offers several interesting spins, including an Anzac macaron and Anzac ice cream sandwiches. Of course, the EYB library is an excellent resource, with over 50 recipes for these celebratory biscuits.