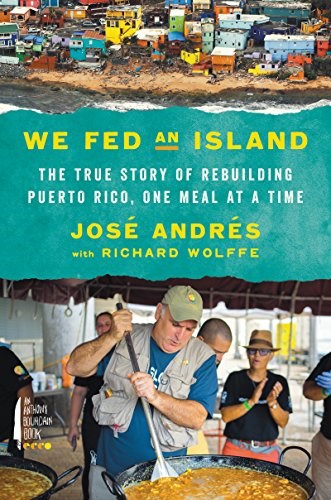 Andrés and WCK landed on the island just four days after the hurricane knocked out power, blocked roads, and plunged the country into chaos. The chef and his crew overcame a number of obstacles that stymied other NGOs, providing over three million meals in the course of three months. In his new memoir, We Fed an Island, Andrés recounts this heroic effort. Based on his insider’s take as well as on meetings, messages, and conversations he had while in Puerto Rico, the book movingly describes how a network of community kitchens activated real change.

Eater has published an excerpt from We Fed an Island. In the excerpt, Andrés describes the beginning of his second week in Puerto Rico, the rapid expansion of his nonprofit organization, and recounts the emotions that washed over him as he faced the biggest challenge of his life.