Can you ever really replicate a restaurant dish? 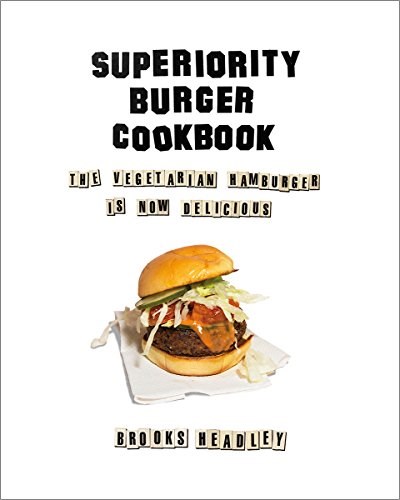 If you have ever eaten at a restaurant and loved it, were thrilled when the restaurant published a cookbook, but struggled to replicate the dishes you admired, this Grub Street article by Rachel Sugar is made for you. Sugar attempts to make the Superiority Burger from the eponymously named cookbook.

Her recounting of the struggle to replicate a real Superiority Burger rings true. Sugar isn’t a culinary professional, just “a normal, non-chef person with fine-but-not-fantastic kitchen skills,” as she explains. She apporached the book “with the enthusiasm of a Labradoodle, if the Labradoodle also has a moderate anxiety disorder.” This is just the beginning of her saga, which is as funny as it is relatable.

As with many restaurant foods, the seemingly simple becomes complex and there are so. many. dishes. Plus, the ingredient list, while not overwhelming, is long and specific (down to the brand of ketchup). Sugar describes the burger-making process in detail, leading up to the big reveal. Can you really make a Superiority Burger at home? Well, sort of: “It was finally time to dig in, and when I did, it tasted … kind of like a Superiority Burger! You would not be  confused about which burger is which, but there was undoubtedly a strong family resemblance,” she opines.

The Superiority Burger Cookbook was just released a few days ago, and our EYB staff is furiously indexing it right now. We will be featuring a promotion of this book soon, so watch the EYB blog for Jenny’s insights into the cookbook and for your chance to win a copy.