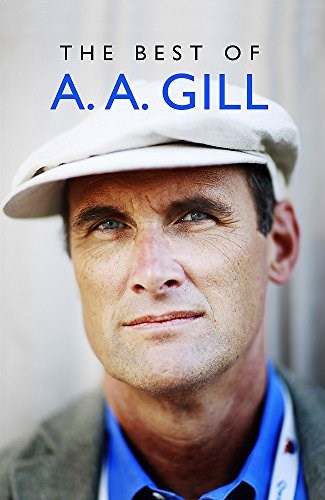 If you are a food critic or writer, almost inevitably someone will ask you what your “last meal” would be. Beloved British writer A.A. Gill was no exception. Over a decade ago, he wrote a column for Australian Gourmet Traveller magazine on the subject. They have recently republished the article, which is part of a new collection of the late writer’s best works.

Gill notes that while writers and chefs often choose fanciful meals filled with exotic ingredients as befitting a “last supper”, most actual last meals are rather depressing. Drawing on anecdotes (mostly from Americans on death row, since most countries have stopped the barbaric practice of executing prisoners), he comes to the conclusion that “This is food without grace, without joy, without hospitality.”

After discussing the despair of these last meal requests, Gill says he sidesteps the question when posed to him by talking about what he’d be willing to eat for the remainder of his life. He finds it much more interesting to ask “Which food would you choose for the rest of your life, if you had to live with one other people’s national cuisine?”

He places a few caveats on the question – you are not allowed to choose your childhood foods, and you must be specific in identifying a cuisine. For example, you can’t say “Italian” because there are so many diverse regions in Italy and there is no overarching cuisine for the entire nation. At the end of the article, Gill poses an even tougher question for you to foist upon your dining companions. Read the entire piece at the Australian Gourmet Traveller site.