Are pancakes set to be the next big food trend? 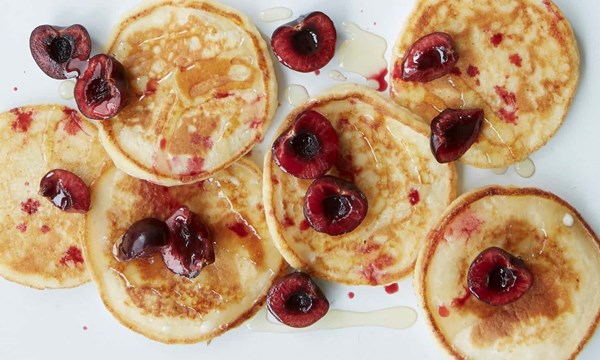 Pancakes are easy to love, because they offer an excuse to eat cake as the main part of a meal. Although they never really went out of style, pancakes are currently enjoying a moment in the spotlight, says Eater’s Meghan McCarron, who spies an increase in pancakes on restaurant menus across the US.

Instagram and other social media seem to be driving this phenomenon, as gleaming photos featuring stacks of hotcakes, griddle cakes, and Dutch babies proliferate. This creates cravings which can only be filled with steaming hot cakes topped with a dizzying array of syrups, fruits, and even vegetables and sweets. This demand creates special offerings on menus and even entire restaurants dedicated to pancakes and their kin.

McCarron views this less as a trend than as a fetish. The difference, she says, is that trends are “kind of boring” if you aren’t involved in the restaurant world while a fetish “commands the attention of a much larger portion of the discourse, including people with somewhat sane relationships to food.” A fetish also contains a bundle of emotional appeal, which fits nicely with the comfort food factor of pancakes.

The downside of being a food fetish can mean overpriced fare and increasingly outlandish ingredients or preparations, says McCarron. However, she thinks pancakes can stand up to the pressures of Instagram and remain popular despite some mistreatment at the hands of chefs seeking a moment in the spotlight alongside their creations.

Photo of  Ricotta pancakes with sour cherries, clotted cream and honey from The Guardian Feast supplement by Sabrina Ghayour