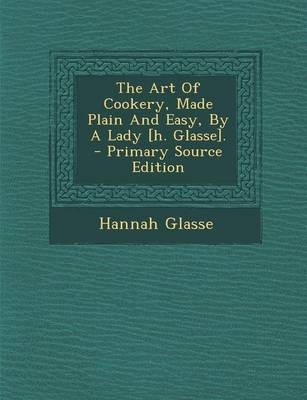 Glasse was born Hannah Allgood in 1708 in London. She married John Glasse in 1724 and together they had several children. In 1938, historian Madeline Hope Dodds discovered Hannah Glasse to be the author of a popular 18th century cookery book, The Art of Cookery Made Plain and Easy. The book did not reveal its author, instead noting that it was written ‘By a Lady’.

Glasse’s life following publication of the book was not easy. Her husband died the year the book was released, and financial issues plagued Glasse throughout the remainder of her life. At one point she was confined in a debtors’ prison for several months. Glasse wrote more cookery books, but is best known for The Art of Cookery, which was intended to be used by servants.

The book was comprehensive, containing over 950 recipes, some of which Glasse collected from others. She is credited with naming one of England’s most iconic dishes, Yorkshire pudding, which was previously known as dripping pudding. Today’s Doodle depicts  Glasse retrieving a batch of Yorkshire puddings from an oven.