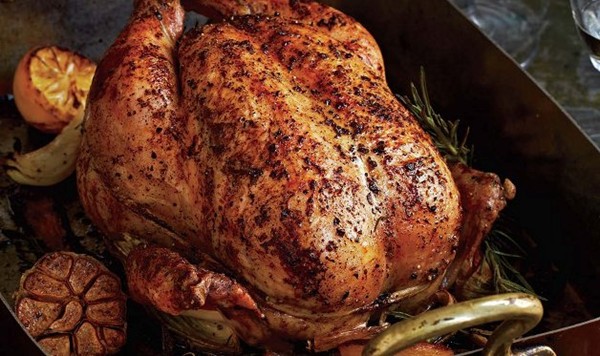 To call our modern times fast-paced is a gross understatement, which is why recalling something that happened “all the way back” in 2009 seems like a Herculean endeavor. We need to travel back to that year, however, to find the beginnings of what is now called the “egg spoon controversy,” because 2009 is when chef Alice Waters cooked an egg, on a hand-forged iron spoon, for Lesley Stahl during an interview for the news program ’60 Minutes’.

Waters had the spoon made for her by a San Francisco blacksmith after seeing one in William Rubel’s book The Magic of Fire: Hearth Cooking. “I liked that feeling of watching it and holding it,” Ms. Waters said in a recent interview. “It’s not like cooking it in a pan. You just feel like you’re really in charge of it. It’s so elemental. It’s really primitive, in a way.” Waters loves the egg spoon so much she has lent her name to a $250 hand-forged version available at the online seller Permanent Collection.

The interview rankled Anthony Bourdain, who said of Waters following the piece: “She’s Pol Pot in a muumuu…She used six cords of wood to cook one egg for Lesley Stahl.” Others chimed in to deride the practice. While the argument was couched in terms of culinary elitism, perhaps there was more to it than that, says Kim Severson of The New York Times.

The egg spoon affair was mostly forgotten until former Chez Panisse chef and author Tamar Adler posted her Grub Street Diet column earlier this year.  Adler reported that she uses – and loves – such an egg spoon. The controversy was resuscitated as people began to mock the pretentiousness of the cookware. It seemed to be the elitism argument all over again, but as Severson writes, “social context is everything. This is the post-Harvey Weinstein era, when gender imbalance, assault and harassment in professional kitchens have been laid bare. The egg spoon has caught a ride on a new wave of kitchen feminism.” People began to fight back against those who derided the egg spoon.

Kat Kinsman, senior food and drinks editor of the website Extra Crispy,  penned a column about how she perceived the egg spoon attacks as inherently sexist. Kinsman opnion that if Francis Mallmann – undisputedly the reigning monarch of open-fire cookery – had cooked an egg with a spoon in such a manner, it would be considered exceptional. But since a woman was using it, it’s not deemed to be worthwhile, and must therefore be a waste of both time and money. Others noted that a wide range of expensive devices and cookware are available, but if they are predominantly used by men they are more likely to be highly respected instead of sneered at. Sous vide equipment was provided as one example.

If sexism isn’t apparent in the egg spoon controversy, you might find it in the case of the $400 hair dryer chicken. Wait, what? Helen Rosner, who recently joined The New Yorker’s new culinary team and who has written about food in various other publications, recently live-tweeted a crisp-skin roast chicken recipe. Rosner air-dried the skin in the refrigerator overnight, but it wasn’t dry enough to suit her so she pulled out her hair dryer to finish the job. Her hair dryer happens to be a $400 Dyson Supersonic (which, if you read the thread, is allegedly worth every penny).

That’s when some guys felt the need to mansplain to Rosner why she was drying her chicken wrong, and then The NY Post picked up on the thread and wrote about it. The promotional tweet from the Post said “Woman uses $400 hair dryer to roast chicken”, which, among many implications, was that Rosner used the dryer to actually cook the chicken. (In a clapback to this tweet, Rosner has changed her Twitter screen name to Woman.)

Others had to chime in about the absurdity of using the (admittedly) ultra-expensive hair dryer in the kitchen. It’s not exactly a new concept as none other than the esteemed Marcella Hazan has utilized it, although Rosner gives some credit to Alton Brown, whose recipe for homemade beef jerky uses a box fan. That stuck with Rosner, who didn’t have a big box fan but did have a very portable fan in her bathroom: the hair dryer in question.

Again, the concept is that when Alton Brown brings a fan into the kitchen to make jerky he’s being creative, but Rosner is just a “woman” who is using a ridiculously expensive hair dryer to make chicken. Would the responses be the same if Steven Raichlen had promoted the idea of using a hair dryer in making his Roast chicken with lemon and garlic (pictured above) from Man Made Meals: The Essential Cookbook for Guys? Whether or not you think that the intention of the stories about Waters or Rosner is to diminish them because they are women, there does seem to be at least an undercurrent of sexism at play.