The birth of a regional specialty 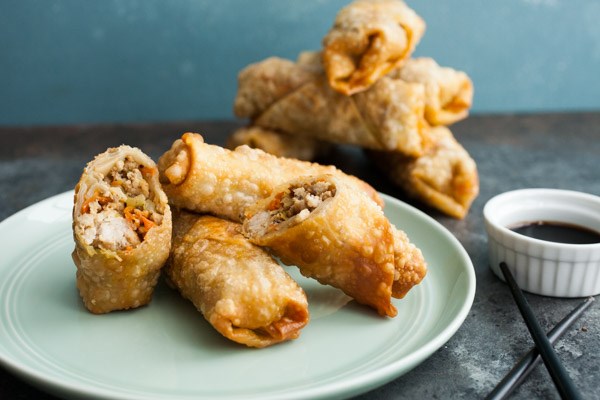 Every region has its own special food that both divides and unites locals. Locals stand together to claim pride in their area’s unique food, even though disagreements about which purveyor is the best in the area can spark heated arguments. While we know about longstanding regional favorites – Cumberland sausage, deep-dish Chicago pizza, Southern fried chicken – few of us can claim to have seen the birth of a bona fide regional speciality. However, Tom Perkins believes we may be witnessing one now.

Perkins writes about an up-and-coming dish in the Detroit area that started in the region’s delis: corned beef egg rolls. They can trace their origins to late 1970s, when a former deli employee folded brisket trimmings into an egg roll wrapper and deep fried it. It took a while for other delis to catch on, but the past several years have seen a huge uptick in the number of delis promoting their own version of the dish – and even some standalone operations.

Each eatery puts its own spin on the concept. Some use copious amounts of mozzarella cheese, others add sauerkraut or shredded cabbage. While the impetus for the concept was born of frugality – using up the trimmings that once ended up in the trash – the egg rolls have become so popular that they now utilize brisket that was not destined for the waste bin.

The egg rolls are so specialized that we don’t even have any recipes for them in the EYB Library. Pictured above are Classic egg rolls from RecipeGirl by Lori Lange and Nick Evans.