The evolution of a recipe 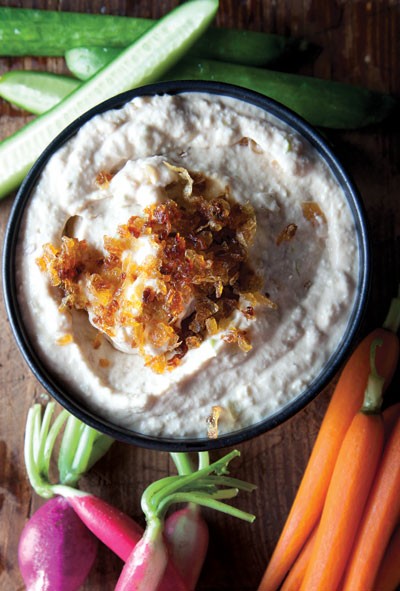 For an office function last week, I made my “famous” caramelized onion dip, which I got ages ago from a magazine that has been lost to history. A friend asked me for the recipe, so I went to fetch it off my computer. As I got ready to print a copy, I realized that I no longer used that recipe.

It wasn’t that I found the wrong recipe in my database (naturally, I index my personal recipes on EYB to avoid such a problem), it’s that I had changed several of the ingredients. The changes aren’t on-the-fly tweaks, they have been consistent every time, yet I’ve been slow to update the database. But the experience got me thinking about how many changes it takes before a recipe is no longer recognizable as the original and becomes its own creation.

In this case, I had substituted Chinese black vinegar for the Worcestshire sauce, changed the ratio between the cream cheese and mayonnaise, omitted a couple of distracting additions (chopped pistachios on top? really?), and used butter instead of oil. Each change was a incremental step, but when aggregated it became clear that the recipe that was in my database was no longer the recipe I used.

How many changes does it take until it’s an entirely new recipe? The concept is subjective and everyone probably has a different take on how substantial the tweaks must be before you reach that threshhold. One or two small changes probably won’t cut it, but when you are making a half dozen substitutions or changing several volumes, it is pretty clear that it’s a new concoction. Where do you draw the line on whether you have created a new recipe?