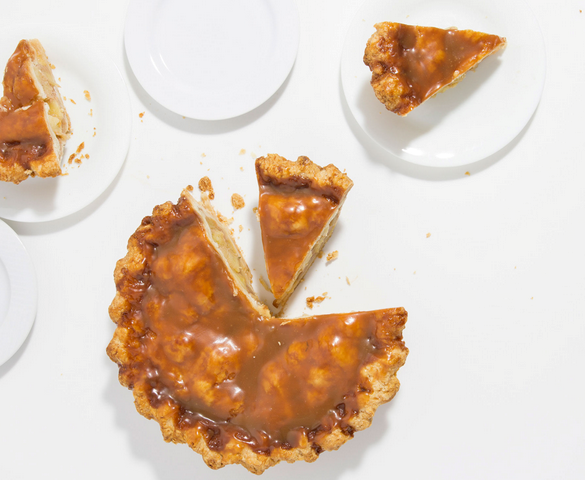 Who doesn’t love a great pie? Some foods wax and wane with changing tastes (think aspic), but pie’s allure has held strong for centuries. According to historical records, approximately 22 million pies were baked and sold in Manhattan way back in 1895, and the number is no doubt much higher today. Pies are popular the world over, and although you can find them in any supermarket or bakery, there’s something especially satisfying about making one yourself. While pies can be intimidating to the novice, with practice anyone can be a pie pro. Saveur Magazine can help you master the techniques with four tips to making better pies.

The crust is the component that gives most people pause. Saveur believes that there are two key elements in making a tender, flaky crust: don’t overwork it and let it properly rest. Of course the definition of overworked is imprecise, but the magazine has a few suggestions. First, fight “the urge to combine everything to the point where it looks well blended and smooth. A slightly shaggy mass dappled with bits of butter is fine. If in doubt, stop sooner than you think,” says the magazine.

One tip that is probably the most difficult to embrace is to bake the pie longer than you think. Says Saveur, “When it first looks done, it isn’t. Keep it going and going so that the filling is cooked through and the crust is crisp, top and bottom. If in doubt, bake it longer.” The takeaway from all this is that you can’t rush perfection, so plan on setting aside plenty of time to end up with the best pie ever.