Foods that you grow to love 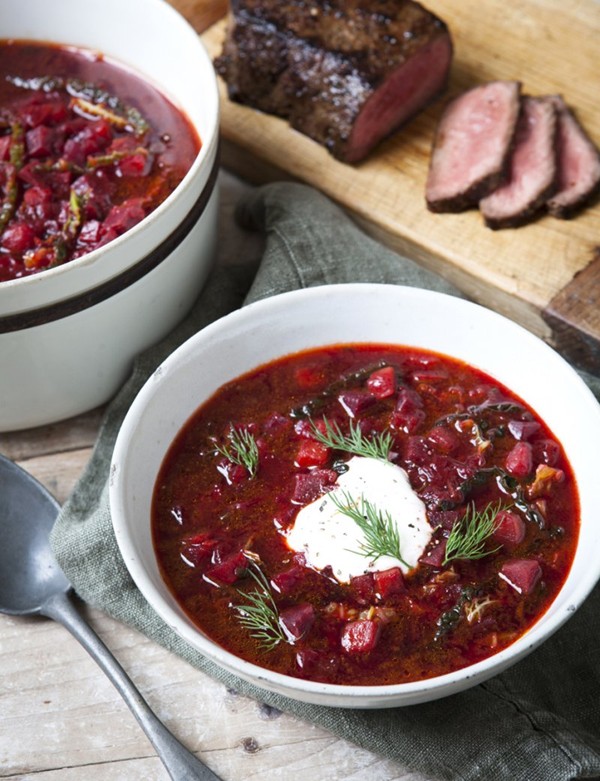 When I was a child, there were a few foods that I never wanted to eat. My parents never forced me to clean my plate, but I did have to at least try a food before proclaiming that I didn’t like it. I know why I didn’t like a few of the items – certain vegetables were often overcooked and once I had them properly prepared, I realized their appeal. But others were more of a mystery. My mother’s vegetable soup, based on an old family recipe, was one of those foods. Despite trying a few spoonfuls each time it was served, I balked at eating the soup throughout my childhood and adolescence, even though it was well made.

The soup had a definite Ukrainian influence, containing a hefty quantity of beets, although it wasn’t quite borscht. Since my great-grandparents – although of German descent – grew up in western Ukraine near the Moldova border, this is not surprising. I am inclined to think that the pronounced beet flavor was what put me off of the soup, but whether that was the case or not, I never developed a taste for it while I lived at home.

After I had lived away from home for a couple of years, I came back for a routine visit during which my mother served the same vegetable soup that I hadn’t liked as a child. Now, however, there was a difference: I found it delicious. While the soup was cooking, the familiar aroma that I once despised now had me salivating.

What was the reason for this change? Was it because I had been exposed to many new and exciting flavors since I left home? I had not yet tried borscht – that came a few years later – so that wasn’t the answer. Had my tastebuds changed as I got older? Was it just nostalgia for something that reminded me of home? I don’t really know why I suddenly enjoyed the same food that I had found unpalatable just a few years before.

Science may have the answer. Some scientists believe that you will grow to like a food just by repeatedly eating it. Perhaps in the years away from home I had tried enough foods reminiscent of the major flavors to push me over the edge. Or maybe it was just a longing for home. Whatever the reason, I now relish the soup that I once hated. Do you have any foods that you once hated that you’ve grown to love?