Do you have Instant Pot fever? 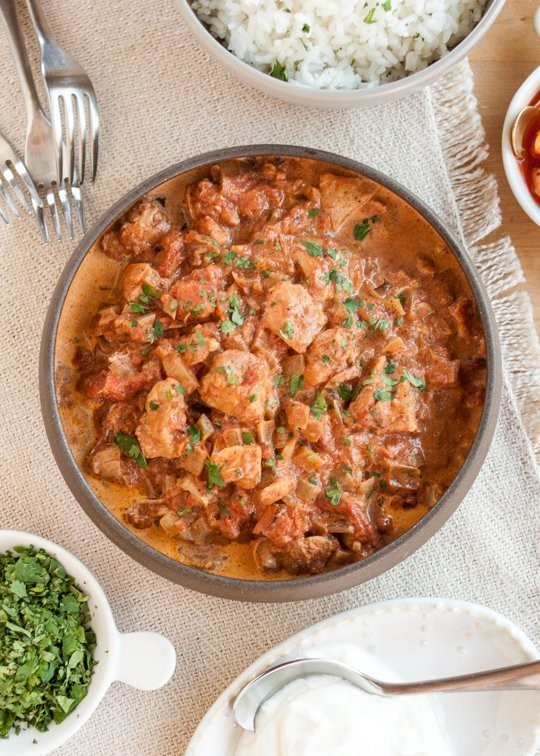 If my friends are any indication, thousands of people took advantage of the steep discount on the Instant Pot multi-function cooker during Amazon Prime Day a couple of weeks ago. It seems like everywhere I turn, I discover an Instant Pot devotee.

While electric pressure cookers have been around for nearly 30 years, recent advances in programming have turned what was once a “unitasker” into the Swiss Army knife of kitchen electrics. The Instant Pot claims to be not only a pressure cooker, but also a rice cooker, steamer, porridge maker, a browning device, a yogurt maker, and a warmer. Fans of the device have given it very high ratings on Amazon, and cooking forums are abuzz with a multitude of uses for the Instant Pot.

Indexed blog The Kitchn has discussed the appliance on a few occasions, and has just released a list of 50 things you can make in the Instant Pot. The article focuses on the pressure cooker and slow cooker aspects of the appliance, and features recipes like the Slow cooker chicken tikka masala pictured above.

I’ve seen people rave over a cheesecake made in the Instant Pot, and there are plenty of other uses being proclaimed as fantastic. The EYB Library contains a handful of recipes featuring the Instant Pot, although you can use any of the slow cooker or pressure cooker recipes already indexed. I’ve yet to make the plunge, so I can’t comment on how fabulous the Instant Pot is or isn’t. After reading the cheesecake recipe I am not sure I’m convinced – it takes 40 minutes to cook, and requires you to carefully wrap a 7-inch springform pan in paper towels and then foil to prevent moisture from getting on the cheesecake.  I think I’ll stick with my boring silicone cake pan/water bath in the oven method.

For those who’ve tried the Instant Pot, do you like it? If so, what are your favorite uses for it?