Author of ‘The Food Lab’ accuses Buzzfeed of “idea theft” 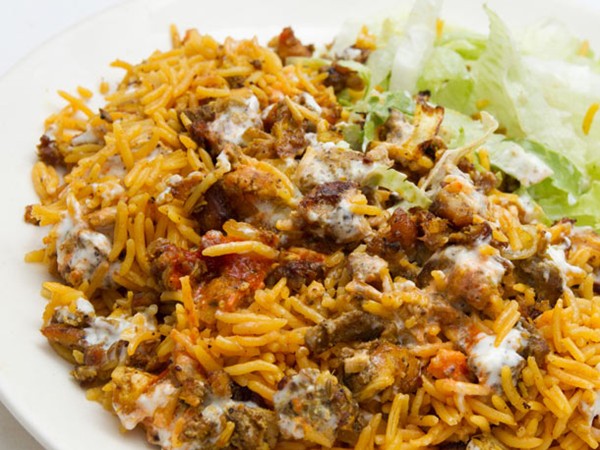 If you follow J. Kenji López-Alt’s Twitter feed, you probably know that he has a serious beef with Buzzfeed’s food site, Tasty. In a series of tweets, he claimed that the website had basically stolen his recipe for halal-cart style chicken (pictured above) without giving him any credit for it. “If you watch @BuzzFeed @tasty videos, you are supporting shameless thieves in profiting on the original content of others,” he proclaimed.

López-Alt explained his story to The Independent, noting that while recipes can’t be copyrighted, he feels someone shouldn’t be allowed to profit off of another’s hard work without giving credit to the person or entity that did the research and development. “There’s no question of legality here,” he told the newspaper, but added that he felt it was more a “question of integrity”. He said that when he first contacted Buzzfeed about the striking similarities between his recipe and the recipe found on Tasty, an editor apologized profusely and admitted that it was plagiarism. However, a subsequent email from another editor said that the nearly identical recipes were mere “coincidence”.

This isn’t the first time Buzzfeed (or other aggregating food websites, for that matter) have been accused of plagiarism. But as noted above, it’s not question of copyright infringement, since you can’t copyright a list of ingredients or a cooking method. If Buzzfeed had simply provided attribution, noting that the recipe was inspired by his recipe (and possibly providing a link to it), López-Alt said wouldn’t have a problem with it.

Lopez-Alt pointed out how Serious Eats handled a very similar situation. They were testing a waffle iron that had been supplied to them. They also happened to have some stuffing left over from a recipe development project and they decided to see how it would reheat in the waffle iron. It was delicious, so they wondered about what else might also be great to make in the waffle iron. Before embarking on that venture, however, they did a bit of Google research, which led them to the website willitwaffle.com. Instead of ignoring (or stealing) ideas from the site, Serious Eats instead pointed to the site and began a collaboration with it, promoting the Will It Waffle cookbook directly on the Serious Eats site.