Za’atar is even better when you make it yourself 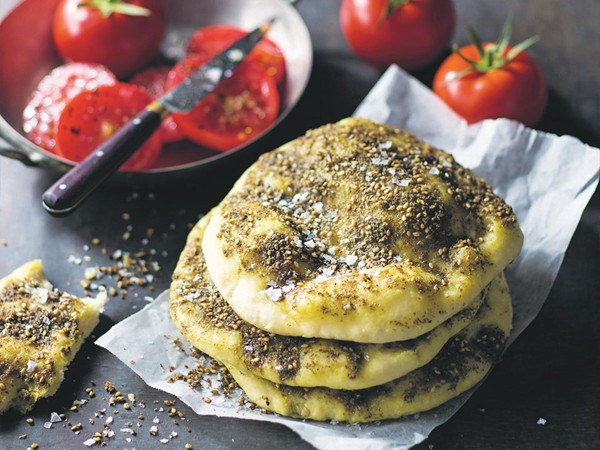 Those who are familiar with za’atar, the Middle Eastern spice blend, love how it adds a tart and herbal punch to many foods. Za’atar has been popularized outside of the Middle East by celebrity chefs like Yotam Ottolenghi, who sprinkles it on many dishes. The Los Angeles Times explains how, like most spice blends, za’atar is at its best when you make it yourself.

You don’t have to look far to find many of za’atar’s ingredients like thyme, oregano, and sesame seeds, but you may have to resort to mail order for the key ingredient: powdered sumac. Sumac is “the ground berry from the Sicilian sumac plant, Rhus coriaria. It has a deep red color and delightfully tart and tannic taste,” according to The Times.

While the basic recipe uses the ingredients mentioned above, everyone seems to have their own tweak for the spice blend. The EYB Library contains over 40 different recipes for homemade za’atar, including several that include cumin and one that uses rose petals. Uses for za’atar are only limited by your imagination. It’s frequently used as a topping for flatbread, like the Za’atar bread from Falafel for Breakfast by Michael Rantissi and Kristy Frawley shown above, but that is only the beginning. Za’atar is equally at home on grilled meats as it is on roasted vegetables. Find your favorite use for za’atar in over 325 online recipes in the EYB Library.