The growing world of food crime 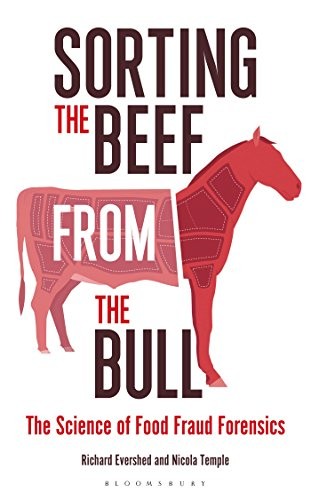 In 2013, the UK was rocked by a scandal where horsemeat and pig meat were found in packages of ground beef, and products that claimed to contain ground beef like lasagne and bolognese. Citizens were outraged, politicians demanded answers, and both were adamant that it should never happen again. But it did. Since the scandal was discovered, “UK testing has revealed that 25% of dried oregano samples contain other ingredients, 40% of lamb takeaways contain other meat, and more than 60% of ham and cheese pizzas tested contained neither ham nor cheese,” according to a recent article in The Guardian.

Richard Evershed and Nicola Temple, authors of the book Sorting the Beef from the Bull: The Science of Food Fraud Forensics (available now in the UK, coming to the US in April), explain how our complex global food system “has created more opportunities for criminals than ever before. Food processing methods allowing us to store, preserve and sell no-fuss food have also helped create a globalised and largely anonymous food network – ideal conditions for fraudsters to operate.”

Evershed and Temple discuss how advanced in scientific testing, including DNA analysis and other tests, can detect fraudulent foods. But just as the tests have advanced in complexity, so too have the fraudsters, who employ clever methods to avoid detection, and choose products where it is difficult to detect adulteration. It seems that few food items are safe, as products as diverse as olive oil, fish, spices, alcohol, and even honey have been the subjects of recent swindles and cheats.