The disappearing foods of Rome 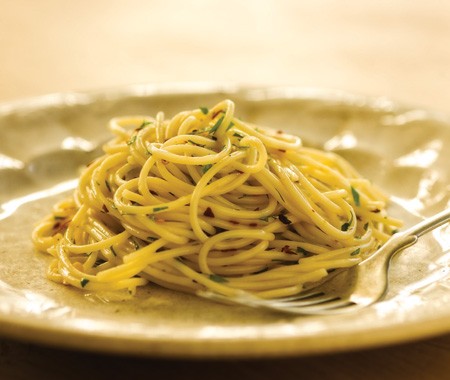 If you’ve always dreamed of visiting Rome and savoring a relaxed, hours-long traditional meal at a Roman ristorante or trattoria, you might want to book your flights sooner rather than later. Indexed magazine Saveur explains that much of Rome’s traditional cuisine is disappearing.

Thanks in part to E.U.’s globalized food system and competition from new eateries like gastropubs and French bistros, Romans are turning away from once common meals like umache alla romana (plump snails braised in a spicy tomato sauce with mint) in favor of newer foodstuffs. The news isn’t all bad, however. There are still a few “culinary preservationists keeping the city’s cuisine alive, thankfully – chefs and restaurant owners who are carrying on the traditions of their family-run restaurants.”

Saveur provides us with six different examples of such restaurants. One of these is Armando al Pantheon, where chef Claudio Gargioli features traditional spaghetti ajo, ojo, e peperoncino (pasta coated with garlic and chile-infused oil), once a regular late-night staple. In the past, long meals would end with this simple dish, which was served after dessert. “It signaled the end of a meal,” says Gargioli. He now features it on his menu alongside popular primi like carbonara, gricia, and cacio e pepe because Roman meals don’t end with pasta anymore, instead, they end with dessert.

Photo of Spaghetti with aglio, olio, and peperoncino from Dinner Chez Moi by Laura Calder