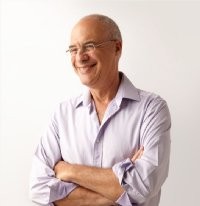 Longstanding NY Times columnist Mark Bittman announced yesterday that he has penned his last opinion column for the newspaper. He is leaving to devote more time to a food startup, stating that “Between time pressures and potential conflicts of interest (you shouldn’t pitch a venture capitalist and write about a company he’s funded the following week), I can’t do both. Even if I could, the choice wasn’t that difficult, and in many ways this column has run its course.”

He explains that when he started the column five years ago, food wasn’t deemed serious enough to be a regular feature, but that the food writing landscape has since changed.  “Now, nearly everyone knows that food matters. If you see food only as food, if you think of food only as pleasure, your head is in the sand. Food affects just about everything, and vice versa.”

Bittman feels that the changes in food writing have been mostly positive in that they highlight issues that need to be addressed, but he notes a downside to the changes as well. The pressure to set themselves apart has pressured food writers to sometimes take exaggerated stances on subjects. But overall, Bittman believes that the good work that he pioneered will be carried on by other talented writers. Fans who mourn this departure can console themselves by revisiting his large body of cookbooks and recipes, for which the complete index is available on EYB.