How does yogurt culture get made? 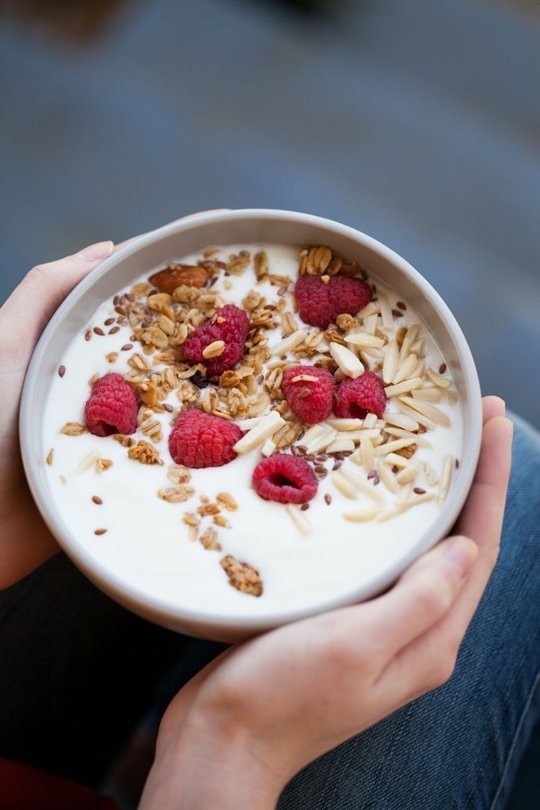 Many EYB Members likely enjoy making homemade yogurt. Most start with commercial yogurt culture, either from store-bought yogurt or from packets of starter purchased from a cheese making supplier. But where do those companies get their culture? NPR Food has the answer.

If you’re a home yogurt enthusiast, you already know that sometimes just using a bit of the previous batch of yogurt to make the next batch leads to inconsistent results. That’s why commercial yogurt makers rely on microbe manufacturers.   Despite the mind-boggling array of new yogurts that have hit store shelves within the past two years, they all share the same basic makeup. Under US law, anything labeled as “yogurt” must be contain “a few common ingredients: milk, of course, plus two species of bacteria called Lactobacillus bulgaricus and Streptococcus thermophilus.”

That’s where the microbe manufacturers step in, creating custom bacteria blends to tweak the flavor. You may have seen the term “probiotic” on yogurt labels, but even though these additional bacteria are often added by manufacturers, most of the flavor comes from the two species mentioned above. Even though there are only two basic strains, each contains plenty of variation within the species, “just as there’s immense variation within our species, Homo sapiens. Some of these little creatures gobble up lactose faster than others; some release more of that sour, tangy flavor.” Each company closely guards its custom blend.

You might think about trying an “heirloom” strain to create new (or recreate old) flavors, but you are unlikely to find one. Even though you can find advertisements claiming to have special strains, most of them can likely be traced to commercial yogurt and the strains created by the microbe manufacturers.

Photo of How to make yogurt at home  from The Kitchn