A big name returns with a new cookbook

It’s been over a decade since Anthony Bourdain has written a cookbook. His last was 2004’s Les Halles Cookbook. But that’s about to change as HarperCollins imprint Ecco has signed Bourdain for a new cookbook titled Appetites, currently slated for a release in fall 2016. The book will be coauthored with Laurie Woolever. According to the publisher, the book will distill 40 years of “professional cooking and world traveling to a tight repertoire of personal favorites.” 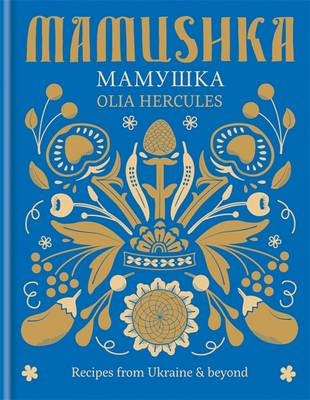 Other cookbooks on the horizon include one from blogger professional chef and blogger Theresa Carle-Sanders. Her cookbook, Outlander Kitchen, which is not due out until summer 2016, is based on her blog of the same name. The book will feature historical and character-inspired recipes from Diana Gabaldon’s bestselling Outlander series (the cookbook and series are both published by Bantam).

Arriving a bit sooner is Mamushka by Olia Hercules. Hercules formerly worked with Yotam Ottolenghi and was named the Rising Star of Food 2015 by the Observer in the U.K. Mamushka,  a celebration of the food and flavours of the “Wild East” – from the Black Sea to Baku and Armenia to Azerbaijan, arrives in October.﻿