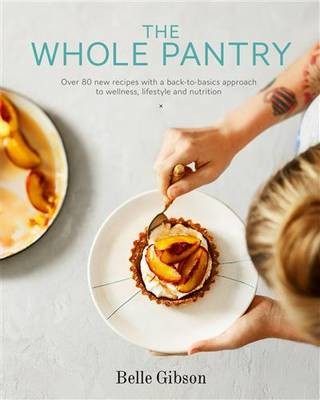 Following Penguin Books Australia’s announcement that it would be pulling Belle Gibson’s The Whole Pantry from circulation, the book’s U.S. publisher, Atria, has confirmed it will cancel the US release of the book due to questions about Gibson’s story of beating cancer through healthy eating and natural remedies. “Our decision was made upon the failure of the author to provide clarification for numerous allegations concerning her biography and charitable endeavors,” wrote Atria in a statement. The book was scheduled to go on sale April 14.

Gibson rocketed to fame based upon her inspirational cancer survival story and had built a social media empire including a wellness app. Doubts began to emerge about the truthfulness of her tale as some of her close friends have questioned her illness and her publisher admitted not verifying the story. Gibson claims to have been diagnosed with brain cancer at the age of 20, but has been evasive about where she was treated and who diagnosed and treated her.

Gibson also faces scrutiny about solicitations she made from her fans for charitable contributions. Fairfax Media reports that Gibson hasn’t turned over thousands of dollars promised to five charities, noting that “Gibson was unable to provide a list of organisations that have received money or say how much has been donated to date.”

The fate of Gibson’s healthy living app is also in question. It has been pulled from Apple’s Australian and US app stores, although the Android version appeared to be available as of Tuesday. Apple’s promotion page for its new smart watch still lists Gibson’s app as “coming soon,” but it seems unlikely that the app will be made available.