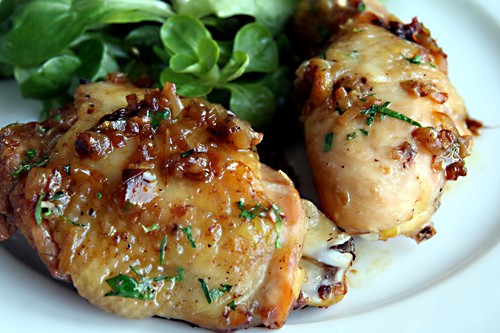 A couple of years ago, scientists successfully grew beef in a laboratory. Now a group of reaseachers in Israel is poised to do the same with chicken. Tel Aviv University bioengineer Professor Amit Gefen has started “a year-long feasibility study into manufacturing chicken in a lab, funded by a non-profit group called the Modern Agriculture Foundation which hopes “cultured meat” will one day replace the raising of animals for slaughter.”

The goal is to create “a recipe for how to culture chicken cells” by the end of the year. Although a lab in the Netherlands has already grown hamburger from cells, researchers here plan to up the ante by creating a whole piece of chicken starting from a single cell.

Animal rights activists and environmentalists support such research. They are bolstered by a study conducted by Oxford University and the University of Amsterdam that predicts “cultured meat would produce 96 percent less greenhouse gas, consume 82 to 96 percent less water and virtually eliminate land requirements needed to raise livestock.”

Skeptics have dubbed this type of meat “Frankenfood.” Taste tests of the lab grown burger indicate that the process has a long way to go to meet quality demands as evidenced by the Roast chicken with caramelized shallots by David Lebovitz, pictured at top. What do you think about lab grown meat?