A toast to toast 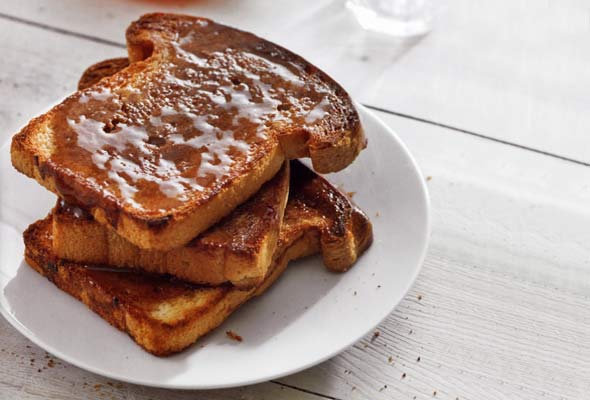 When you hear about an event called the Winter Fancy Foods Show, you probably think of exotic foods and ingredients. But one of the stars of this year’s show in San Francisco has very humble origins. Toast made a splash at several vendor booths. We’re not talking about toasted, as in toasted nuts or seeds; this is the humble breakfast staple, which was featured in products ranging from chocolates to seaweed.

Beverages also featured the flavors of toasted bread. The Republic of Tea introduced Cinnamon Toast Tea, which has the caffeine of tea alongside the flavor and aroma of the favorite kids’ breakfast treat. B.T. McElrath Chocolatier in Minneapolis was offering Buttered Toast chocolate bars. “We didn’t want to use a processed cereal, so we went with honest toast,” says McElrath. He sources his bread from a local artisan bakery, uses local dairy butter, and enrobes the crunch-salty mixture in a 40% milk chocolate.