What’s an hour worth?

It’s summer here in the northern hemisphere, and the days are long.  Well, they may not actually be longer – most of us are still awake roughly 16 hours of the day – but they feel longer because the sun’s with us for so much of that time.  It feels like there’s plenty of time for interesting projects and creative endeavors.  It feels like you’ll never run out of time – until suddenly it’s midnight again, usually “just when you’re getting to the good part”.

That’s the promise of One-Hour Cheese.  Just one hour and squeaky-fresh ricotta and mozzarella can be yours!  I have to say, it’s tempting.  Could it really be?

I have a tendency to overestimate what’s possible in an hour.  Yesterday was my daughter’s birthday. Even though it happened to be just the two of us and she’d already had her party, I wanted to make something special for dinner.  At 4:45, I figured I could make and ice the cupcakes, grill and glaze the ribs, make and cool the potato salad, and come up with something green – all by 6:00.  I still think I could have made it if I hadn’t chosen some Rose Levy Beranbaum chiffon cupcakes (I blame the meringue for throwing off the schedule).  As it was, dinner was 45 minutes late, and bedtime even later. 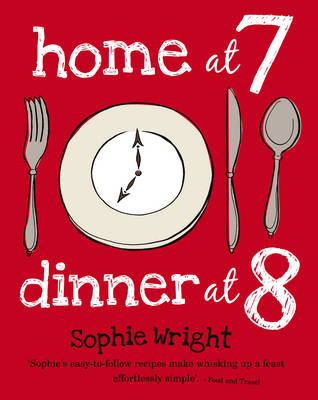 But an hour still seems to me like this fat round number, this leisurely chunk of time where much is attainable if only we put our minds to it.  What to do with an extra hour?  Candy some rose petals!  Dehydrate some apple chips!  Make ice cream!  Straighten out the Tupperware!

In practice, though, I know what I’ll do with that hour if it comes.  I’ll sit on the porch in the cool of the evening, with a lemonade or a beer.  And I’ll do what I do best of all:  daydream through the whole blame thing.

How about you?  what would you do with an extra hour?