The mainstreaming of the global pantry

When I was first learning to cook, the 80’s had just swept past, leaving in their big-haired, big-shouldered wake a trove of newly-popularized ingredients that had once been exotic: raspberry and balsamic vinegars, arugula, sun-dried tomatoes. And because shiitakes were becoming affordable and mainstream, it was now possible to make recipes with “wild mushrooms” any night you wanted to without springing for chanterelles or morels costing as much as a good bottle of wine. 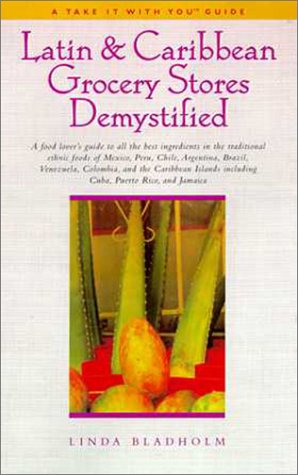 So gradually that you might not have noticed till a decade or two had passed, the ensuing years have mainstreamed more and more ingredients.  Who would have thought you’d be able to find pomegranate juice in every city’s corner deli?  And pomegranate molasses in many supermarkets?  Who would’ve thought recipes would start calling for lemongrass as casually as they did for ginger?  When did sherry vinegar replace white wine vinegar?  When did all the kids start eating edamame?  And when did pork belly leave the commodity markets and appear in the butcher case?

Let’s not even start with all the non-wheat grains the gluten-free revolution has made available.  I thought quinoa was a flash in the pan 15 years ago.  Now it’s here to stay, and I’m sorry to say I still don’t like it.

It’s still hard to find some of the Asian spices (though the Demystified series is a big help, and I’m sure an app can’t be long in coming.)

All of this begs the question: what will be next?  What have you been seeing more and more of when you cook?