Remember how it used to be with whole grains?  You’d go to a natural-foods store asking for farro or spelt, and the assistant manager would say, “how do you spell that again?”  And then, if you were lucky, you’d score some of last year’s wheatberries, which you would forget to label. and then they’d sit on the shelf until the miller moth larvae they secretly harbored hatched out and you had to throw the whole thing in the compost.  Or you’d start cooking and forget you got amaranth, not quinoa, and instead of lifting the lid on a mound of something looking a bit like fluffy couscous, you’d find a gloppy brown mush with no discernible function. 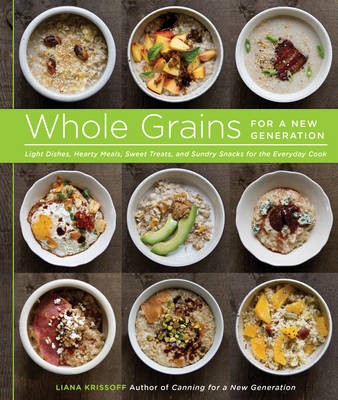 Things have changed a lot since then (although, OK, I still get amaranth confused with quinoa sometimes).  You can find lots of different whole grains in the bulk bins of Whole Foods and even packaged whole grains at more conventional supermarkets.  And with every year there’s more and more helpful, accessible whole-grain cookbooks. 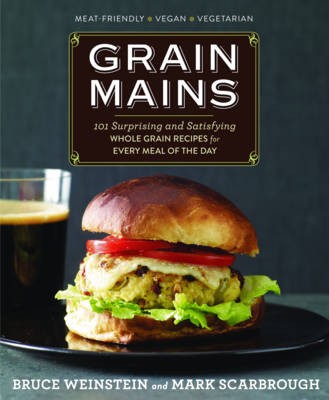 I recently tried a number of recipes from Grain Mains, by veteran cookbook duo Mark Scarbrough and Bruce Weinstein.  Some recipes featured whole grains pretending  to be something else, like hamburgers or flour (ground whole grains show up in lots of muffins and pancakes, for example).  Some were little more than salads–grains plus vegetables and or fruits.  But there were none of the endless brown landscapes of yesteryear, eaten only by the most open-minded.  When the fringe becomes the mainstream, that’s usually a good thing in cookbooks.