As long as I could remember, “pops” were something you bought off a truck–some kind of unnaturally-colored ice on a stick you didn’t know whether to lick or bite, but ate anyway after a swim on a hot day. 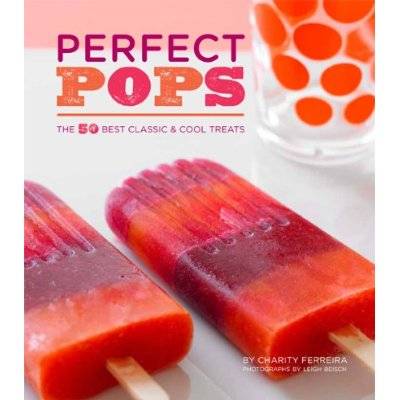 In recent years my understanding of “pops” has transitioned from something you buy to something you make – with whatever juice you have around when it’s 95 degrees and the kids are wilting, along came “cake pops”.  Because I have small kids, I have a box of 1,000 popsicle sticks in the cupboard.  Because I have popsicle sticks, I bought a popsicle maker.  And because it has always been my experience that once you have the equipment, the food itself inevitably follows, sooner or later (see: pasta machine, cookie stencils, Benriner slicer, K-cup maker), I now make popsicles in the summer.

I feel pretty solid about my relationship with pops these days.  Or at least I did till cake pops came along, in 2010.  I was certain they were a fad that would come and go (I thought that about cupcakes too).  Yet here we are, some 20 cookbooks later, and cake pops are still going strong.

But for me, cake pops are a line in the sand.  If I’m going to bother with the effort and time demanded by cake, it’s going to be a big one that serves at least 8.  I’m not immune to the charms of the cute and crafty (especially when it comes to cookies), but this is one place I do not go.

How about you?  have you fallen for cake pops?  are you ice pops all the way?  Or do you traffic in both?