“Having it all in one place”: a good enough reason to keep a cookbook?

In the days before I developed a systematic winnowing process for choosing my favorite cookbooks, I often found myself making a familiar argument, as I stood – book in hand – over the discard pile.  “But having all these recipes in one place – that’s got to be worth something, right?”

Usually the cookbook in question leans on a lot of really familiar recipes: meat loaf, roast chicken, tomato-basil-mozzarella salad.  It’s usually nicely produced, with a lot of white space in the design.  There’s probably a pretty nice photograph, and the recipe is accurate as far as it goes.  “I know how to make all of these dishes in my sleep,” I say to myself, “but still…they’re all in the same place!”    I put the cookbook on the shelf, and there it sits, for two years or the next cleanup, at which time the process is repeated.

When I decided on my 7 questions to consider when choosing a cookbook, this was nearly the 8th.  But over time, I’ve come to think of “all in the same place” as a line of last resort for a cookbook–an excuse for me to keep something pretty but completely impractical. 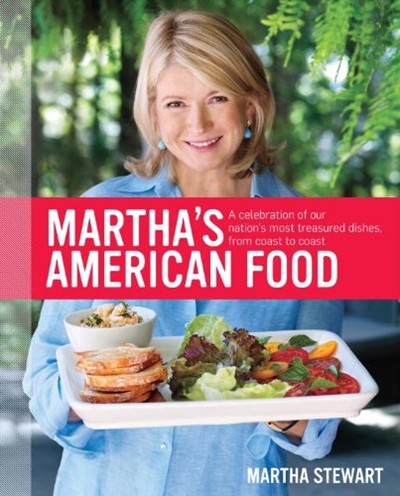 I think a classic example of this dilemma can be found in Martha’s American Food.  Straight-ahead recipes that probably work just fine, beautifully designed, well-illustrated–but nothing new.  Blueberry pancakes, mac and cheese, mashed potatoes, three-bean salad–I ask myself what I can still learn from these recipes, and I come up short.

It’s a credit to these book that the decision is so hard.  Couldn’t I use it as a quick reference at my beach cottage?  I wheedle.  Oh right, I don’t have a beach cottage.  Maybe I could use it when I need to quickly find a reliable recipe for something standard?  But no, I would probably do that by looking on EYB, or if I didn’t have EYB, by searching the internet.

James Peterson’s Vegetables is a nice package, too.  It’s mildly informative, and there’s a couple of simple ways to make each vegetable.  (But I already know a couple of simple ways to make each vegetable!)  Sometimes it’s a matter of a book aiming to be of such general use that it ends up covering only what you can already find on Wikipedia.  Sometimes it’s simply a matter of being too vague, as in Bake Something Great! where the word “something” is the dealbreaker, for me.  I don’t want to bake just “something”.  I want a fudgy brownie with hazelnuts and cacao nibs!  I want to learn better techniques! new ideas!  if I actually look up a roast chicken recipe, I want it to be the best ever because of a secret brining method I don’t know or an ingredient I didn’t think of–something that goes beyond “roast at 400 degrees for one hour”.

But I don’t want to be closed-minded about this.  Have you ever kept a cookbook just because it had everything in the same place?  And did you keep using it again an again, after all?  If it’s a general cookbook that’s stuck by you right through the Information Age, I’m willing to bet it’s a real keeper.