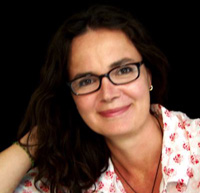 Cree LeFavour is the author of The New Steak and Poulet, she’s run her own baking business and taught writing – so she knows a bit about recipes – creating them and following.

In her “Cook Book” Alice B. Toklas admitted that when she “was still a dilettante in the kitchen” cookbooks held her “attention, even the dull ones, from cover to cover, the way crime and murder stories did.” The same is often true of individual recipes. A tantalizing recipe can grab hold of you, forcing you on to completion, despite yourself and your better judgment.

Crime and murder aside, when you aren’t sure of yourself in the kitchen, cooking a new recipe is full of moments when you aren’t at all sure how things are going to turn out, but you’re too far in to make a graceful retreat. Once committed, every detail matters, stated or unstated. Never mind what Professor Plum did in the library with metal pipe. Do I really need to sift the flour? What are soft peaks? How long is too long if I heat the oil with the spices? Is the steak done or is that just the smoke alarm? Must the milk, as well as the butter and eggs, be at room temperature?

Most experienced cooks barely glance at recipes – they already know how to cook and it’s unlikely they’re going to take a relative stranger’s advice on how to brown meat. For this set, recipes are about ideas, not process – they’re sparks for the creative fire, not Ikeaesque instruction manuals. I’ll take a recipe title and that’s enough for me. “Arugula Salad with French Lentils, Walnuts and Chèvre.” What I’ve gotten from this recipe is not the mustard shallot dressing it lists halfway down the page, nor the chèvre with the nuts. It’s the idea of combining walnuts and lentils, which something tells me I’ve inexplicably neglected to do before. I can take it from there.

Of course, we all know what it feels like to need a recipe on a fundamental, crime and murder story kind of way. I could have used one the other day when I attempted the famous Lady M Mille Crêpe Cake for my husband, Dwight’s, birthday. I’d made it before but the recipe had vanished. Who needs a recipe? Well, in this case, I did. The crêpes were lovely and thin but as I stacked them up I realized they were too big which would mean the cake would take something like four full blenders of batter to achieve the height it needed to be more than just a stack of crêpes saturated with Lindsey Shere’s delicious crème anglais and a good dose of cognac. (My version, which I prefer to the traditional Grand Marnier anglais.) It was very tasty, but it did not achieve the status of “a cake” as I ran out of time and patience before it was done. A recipe would have reminded me of the necessity to keep the crêpes small and to leave plenty of time to make them.

My husband is a real recipe man – he seeks them, follows them and respects them. When we were first married, I remember watching him cook spaghetti puttanesca for the first time, laboring over the dingy stove in our Brooklyn apartment. It was probably fifteen years ago now. He fussed over the olives, counted the anchovies, worried the garlic and timed the pasta. Today, it’s one of the recipes he owns. It lives in his head, effortless intuition guiding how much of this and how much of that. It is, as all such recipes become over time, distinctively his. Although I cook virtually everything we eat (he does the dishes), he always cooks the puttanesca whether it’s for a party of twelve or just the two of us.

Although I rarely follow recipes, there is one exception: when I bake. What I call my baking book is a eleven-year-old notebook with something like 180 recipes that I’ve copied down from a wide range of sources. When I put a recipe down in “my book,” I show my academic training: I always include the date and the recipe’s source. I love to write in pencil, which never smears if it gets wet, a common kitchen hazard. When I make a change to a recipe I don’t erase. Instead, I write a note – “I added ½ teaspoon baking powder” or “made with toasted coconut.” Over time these additions build and the recipes in my notebook become, over time, more and more mine. I also always write the ingredient list the way it makes sense to me – dry ingredients are never listed first!

Writing recipes for my cookbooks is an entirely different process than the one I use for building my baking notebook. When I’m working on a cookbook I write the table of contents first – before I have cooked any of the recipes. This process is like writing a dream menu. For me, it’s the most creative, exciting part of writing a cookbook. Once I have my table of contents, then I set to work to cook what I’ve come up with on the page – almost always sets of recipes with main dishes and sides to go with them. If a recipe doesn’t come out well when I cook it or if the sides don’t quite sing together as a whole with the main dish, I’ll try again. In the notebook I keep for each book I write, I’ll put a big X through a recipe that flops and needs to be done over or jettisoned while one that is a success gets typed into the manuscript on my laptop. After it’s in the manuscript, the notebook page is graced with a big swoop to indicate that it’s done.

When I write recipes, I will my reader to be confident as he or she reads, gathers ingredients and begins to cook. Optimism is so much more fun than anxiety – whether in life or in the kitchen. Not everything you cook will turn out the way you imagined or hoped. The promise of a recipe is shared – it’s in your hands and on the page. If a recipe fails you may never know who to blame. Did you miss a key detail or was the detail not there? Did the author make an assumption that most cooks – but not you – caught? Happily, mistakes are how you learn. As Alice B. Toklas admitted, despite her slavish devotion to cookbooks in her early days – or maybe because of this devotion – “the only way to learn to cook is to cook.”