…and the top-rated book around the world in 2018 is Ottolenghi Simple by Yotam Ottolenghi  This is the 6th time that Ottolenghi has had the number 1 book of the year – really no-one else stands a chance when he has a book published that year.

This is our 10th year of compiling the Best of the Best. We search the globe to come up with the definitive list of the best books on food and drink of the year. Not just one reviewer’s opinion but an amalgamation of every list we could find.

In this year’s Best of the Best list we combined more than 300 Best Cookbooks of 2018 lists from TV, Radio, Newspapers, Magazines, Websites, Blogs and Booksellers across the world (there are links to all of them below). 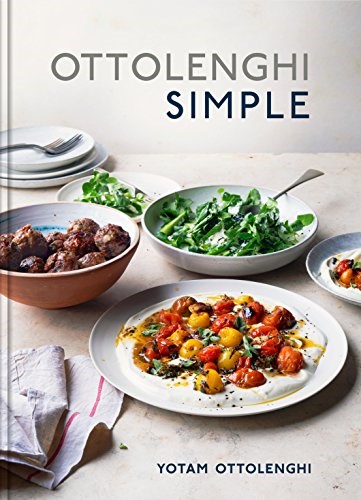 1. Ottolenghi Simple by Yotam Ottolenghi shares 120 brand-new dishes that contain all the inventive elements and flavour combinations that the world-famous chef is loved for, but with minimal hassle for maximum joy. Perhaps his most approachable title to date there is something for everyone here. 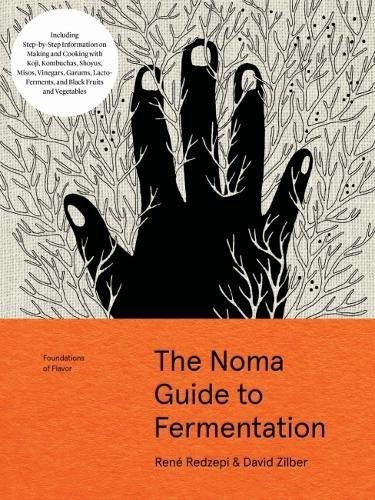 2. The Noma Guide to Fermentation by René Redzepi & David Zilber shows readers how to build their own pantry of ferments, including koji, kombuchas, shoyus, misos, vinegars, garums, lacto-fermented vegetables, and black fruits. Even though the award-winning restaurant has a reputation for high-end dishes, the instructions here are approachable with supporting photographs that demonstrate the steps to re-create each of Noma’s innovative flavors at home. 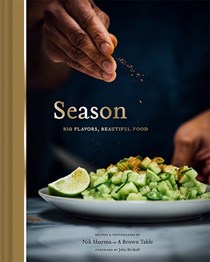 3. Season, Big Flavors, Beautiful Food by Nik Sharma, the blogger behind A Brown Table and weekly columnist for the San Francisco Chronicle, presents a spectacular first offering filled with the author’s soulful recipes and stunning photography. Sharma’s Indian heritage shines in this title adding warmth and comfort to the dishes here. 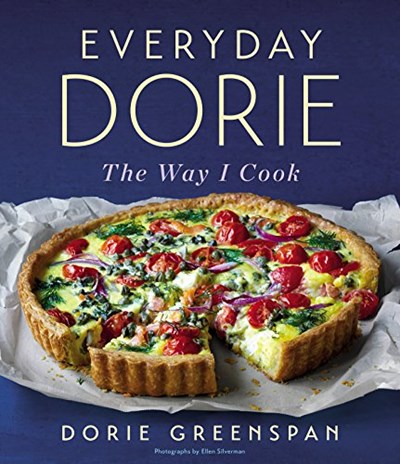 4. Everyday Dorie by Dorie Greenspan, a beloved author that has earned the trust of millions of cookbook fans worldwide, shares 175 “Dorie recipes” in her latest offering. Dorie’s books are well tested, approachable, and impressive. What makes them “Dorie recipes” is that each recipe contains a simple surprise that transforms a dish to extraordinary status. 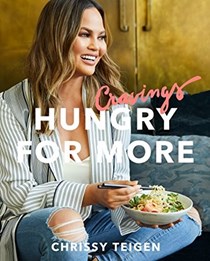 5. Cravings: Hungry for More by Chrissy Teigen is the celebrity’s new edible diary that shares recipes for quick-as-a-snap meals; recipes for lighter, brighter, and healthy-ish living. The content here isn’t as globally influenced as Cravings – they are simple, fun and touched by Teigen’s charm. 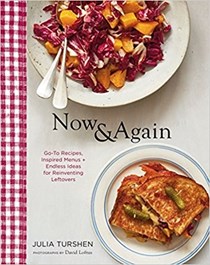 6. Now & Again: Go-To Recipes, Inspired Menus + Endless Ideas for Reinventing Leftovers by Julia Turshen is seasonally organized by menus with ideas for reimagining leftovers, which in turn eliminates food waste. However, before you have a leftover you must have the original meal. Therefore, she shares dishes that are comforting and varied with myriad ideas to make leftovers (if any) fresh and exciting. This book, like all her previous work, is no small victory. 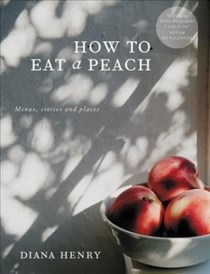 7. How to Eat a Peach by Diana Henry is a beautiful book that contains recipes that will take you through the year and to different parts of the world. While the 24 menus and 100 recipes here reflect places Diana loves, and dishes that are her favorites, the tone of the book makes us feel at home in Diana’s kitchen. 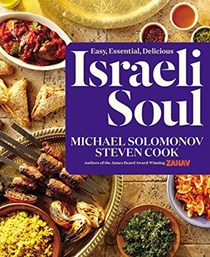 8. Israeli Soul: Easy, Essential, Delicious by Michael Solomonov and Steven Cook delivers a whirlwind experience that is wrought by the passion of the authors’ love of Israel. While Israeli Soul is indeed filled with 177 recipes, its true value is found in the narrative of a man who loves his birth country. His gift to us is bringing the culture and cuisine of Israel into our hearts. The countless photographs that capture the beauty of Israel, its people and its food are captivating. There are books that make you want to cook, then there is this book that makes you want to live. 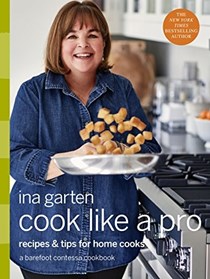 9. Cook Like a Pro by Ina Garten shares a brand-new collection of recipes, tips, and techniques, so readers can cook with confidence no matter how much experience they have in the kitchen. Ina’s books are member favorites and her latest is special with tutorials on knife work, seasoning and plating. 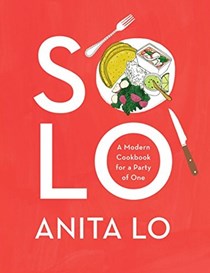 10. Solo: A Modern Cookbook for a Party of One by Anita Lo presents 101 accessible, contemporary, and sophisticated recipes for home cooks, most of which take less than 30 minutes to make. Drawn from her childhood, her years cooking around the world, and her extensive travels, these are globally-inspired, restaurant-quality dishes from Lo’s own repertoire.

1. Joe Beef: Surviving the Apocalypse by David McMillan, Frédéric Morin & Meredith Erickson
2. Set For the Holidays With Anna Olson
=3. In the French Kitchen with Kids by Mardi Michels
=3. Ottolenghi Simple by Yotam Ottolenghi
=3. Uncomplicated by Claire Tansey
=3. The Last Schmaltz by Anthony Rose & Chris Johns
7. The Noma Guide to Fermentation by René Redzepi & David Zilberl
=8. For the Love of Cheese by Afrim Pristine
=8. Ship to Shore by John Bil

1. Let’s Eat France by François-Régis Gaudry
2. You and I Eat the Same by Chris Ying, René Redzepi and MAD
3. The Flavor Matrix by James Briscione
=4. Buttermilk Graffiti by Edward Lee
=4. Edna Lewis: At the Table With an American Original by Sara B. Franklin
6. We Fed an Island by José Andrés
7. A Long and Messy Business by Rowley Leigh
8. Milk! by Mark Kurlansky
=9. Bread & Butter by Richard Snapes, Grant Harrington & Eve Hemingway
=9. Hippie Food by Jonathan Kauffman
=9. How to Taste by Becky Selengut