… and even with almost 200 voting lists, there was a tie for first place –  Plenty by Yotam Ottolenghi and Momofuku Milk Bar by Christina Tosi.

We amalgamated 195 Best Cookbooks of 2011 lists from TV, Radio, Newspapers, Magazines, Websites, Blogs and Booksellers across the world (there are links to all of them below) to come up with the definitive guide to the best books on food and drink.

This book was also number 6 last year as it was released in the UK in 2010. A collection of innovative vegetarian recipes from the Israeli owner of several London cafes, this is a book that we will be cooking from for many years to come.

Momofuku makes it a double whammy – #1 in 2009 with Momofuku and joint #1 this year. Addictive (crack pie) and whacky (compost cookie) desserts have made this book a bakers’ must-have cookbook. 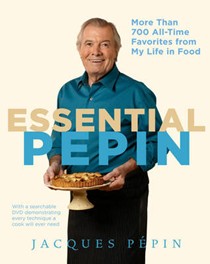 Amazing to think that someone can have 803 favorite recipes, but with sixty years as a chef and 26 cookbooks, maybe it’s not such a surprise.

4. The Food52 Cookbook by Amanda Hesser and Merrill Stubbs

In the belief that the best recipes come from home cooks, Amanda and Merrill set weekly competitions to find the very best and the 104 winners are here in this book. This is Amanda’s second year in the top ten – last year she was at #2 with The Essential New York Times Cookbook.

=5. Odd Bits: How to Cook the Rest of the Animal by Jennifer McLagan

Whether it economics, complete nose-to-tail use of the animal or just good food that drives you, this book will open up a whole new world of animal parts.

In this her third book, Heidi reinforces the message from her popular blog 101 Cookbooks, that healthy, natural foods should still taste delicious.

7. The Family Meal by Ferran Adrià

After wowing diners for many years with the inventive cuisine at ElBulli, Ferran now reveals what the staff ate at their nightly staff meals.

8. The Art of Living According to Joe Beef by Frédéric Morin, David McMillan, and Meredith Erickson

This one snuck up on us – the French market style recipes from the Montreal restaurant may well sneak up on you too.

From cooking to keep in touch with her home state, to a wildly succesful blog and now a bestselling cookbook, being homesick has paid off for this ex-farmgirl.

10. Cook This Now by Melissa Clark

As a busy New York Times writer, cookbook author, and mother, Melissa knows about time pressures to get dinner on the table. The Cumin seed roasted cauliflower with salted yogurt, mint, and pomegranate seeds is worth the book price on its own.

=1. Odd Bits: How to Cook the Rest of the Animal by Jennifer McLagan
=1. Pretty Delicious by Candice Kumai
=3. Back to Baking by Anna Olson
=3. Chef Michael Smith’s Kitchen by Michael Smith
=3. Essential Pepin by Jacques Pépin
=3. Plenty by Yotam Ottolenghi

1. Blood, Bones & Butter by Gabrielle Hamilton
=2. 40 Years of Chez Panisse by Alice Waters
=2. Life, On the Line by Grant Achatz and Nick Kokonas
=2. The Table Comes First by Adam Gopnik
5. The Sorcerer’s Apprentices by Lisa Abend
=6. A Spoonful of Promises by T. Susan Chang (or Susie to EYB members)
=6. Day of Honey by Annia Ciezadlo